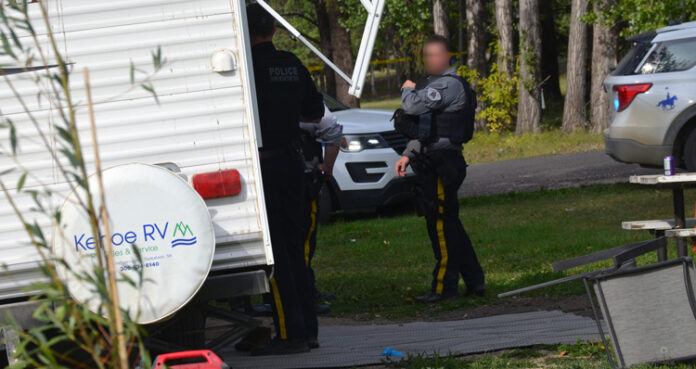 A 34-year-old female from Flying Dust First Nation was located deceased outside a camper trailer in the campground area.

A 34-year-old male from Thunderchild First Nation was located deceased by apparent suicide inside the same camper trailer when police arrived.

Initial investigation has determined this is considered a homicide-suicide that is domestic in nature. Autopsies will take place this week in Saskatoon.

An adult female known to the deceased individuals was also injured during this incident. She was transported to hospital for treatment of what was described as a minor injury and has since been released.

Investigators have since determined at 2:10 p.m. Aug. 30, Meadow Lake RCMP received a request for a wellness check on the same 34-year-old female from an individual concerned about her. Police officers were making inquiries related to this request when the separate complaints of the firearm discharged were reported.

The RCMP Major Crime Unit South will be investigating the circumstances of the deaths, in conjunction with the Saskatchewan Coroners Service, Meadow Lake RCMP and North Battleford Forensic Identification Services.

Police are not seeking additional suspects in regard to this incident and do not anticipate having further updates related to the investigation as no charges will be laid.