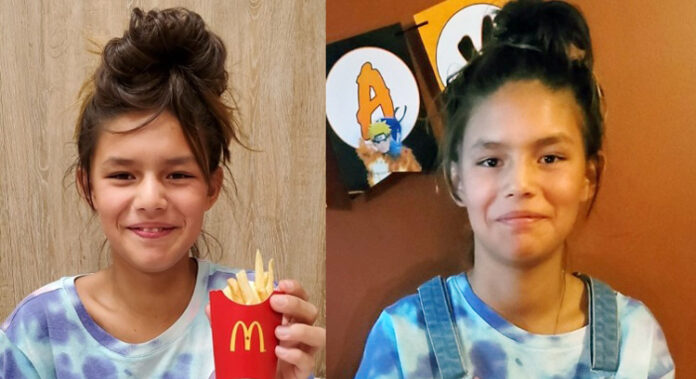 **UPDATE** RCMP have advised Tracy Buffin has been located safe and sound. **UPDATE**

She had been attending a community event on Canoe Lake First Nation (confirmed to be the Canoe Lake Powwow). She was last seen at the event at 10 p.m. Aug. 25.

Buffin is described as 5’5” and 110 lbs. She has long, black hair that she often wears in a bun and brown eyes. She was last seen wearing a black hooded Champion sweatshirt, an orange ‘Every Child Matters’ t-shirt, orange capri pants and brown moccasins with rabbit fur around them.

Anyone with information about Tracy Buffin’s whereabouts should call the Beauval RCMP detachment at 306-288-6400. If you wish to report a tip anonymously, call Crime Stoppers at 1-800-222-8477.