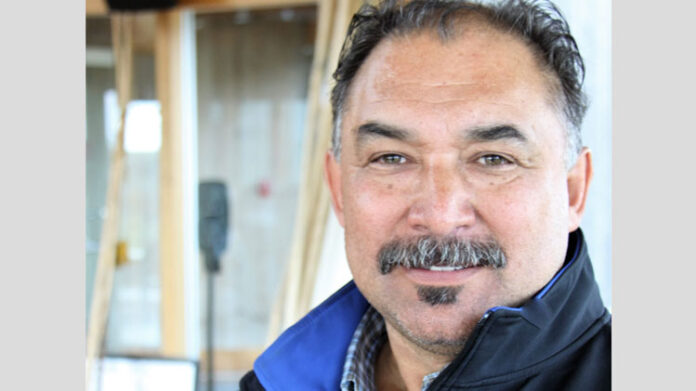 Li’l Bob has his sights set on big things.

Robert Merasty, a former Flying Dust First Nation chief, has put his name forward in an effort to secure the position of chief with the Federation of Sovereign Indigenous Nations (FSIN) come the FSIN election scheduled for Oct. 27 and 28.

“I believe the FSIN has to be relevant to our First Nations again,” Merasty remarked. “We are celebrating our 75th year as an organization, the most powerful Indigenous organization in Canada, and we have lost sight, we have lost focus of our role and our mandate. We have not had the strong leadership we need at FSIN.”

Merasty, who was raised by his grandmother on the Flying Dust reserve, already has experience when it comes to FSIN politics, having served as second vice-chief for a term before choosing not to seek re-election in 2017.

“I became very disenchanted with the FSIN, its role and the leadership of the FSIN,” he said. “That’s why I left… It felt as though I was spinning my wheels and not really achieving what I perceived the mandate of the FSIN to be. It hasn’t, in the last few years, fulfilled its mandate for inherent treaty rights. There is a window of opportunity to sit at the discussion table again and really put some meat to the bones when it comes to treaty implementation. There is also a lot of opportunity in terms of health care – a chance to change the health care system not only for our people but for health care in Canada because, as it currently stands, the system is not responding to the needs of our people.”

Merasty went on to say the FSIN has an opportunity to look at policy reform when it comes to the justice system, and also said there are economic development opportunities First Nations can also be pursuing.

“Our bands are coming into a lot of settlements on resource exploration and land claims, and it is an obligation of our leadership to really invest and be smart with that money,” he noted.

As a young adult, Merasty attended law school, gained an education and then worked in various roles with both the provincial and federal governments.

“That knowledge and experience led me to become chief of my community in an effort to make a difference for my people and, subsequently, in my role as second vice-chief of FSIN,” Merasty added. “Since leaving FSIN, I have worked on a number of economic development projects, I’ve worked with a number of First Nations in a consulting role, just doing work I believe is beneficial to our people.”

Other names on the ballot for the role of FSIN chief include incumbent Bobby Cameron and Wallace Fox, former chief of Onion Lake First Nation. There is also a full slate of candidates for the other FSIN executive roles including first, second, third and fourth vice-chief.