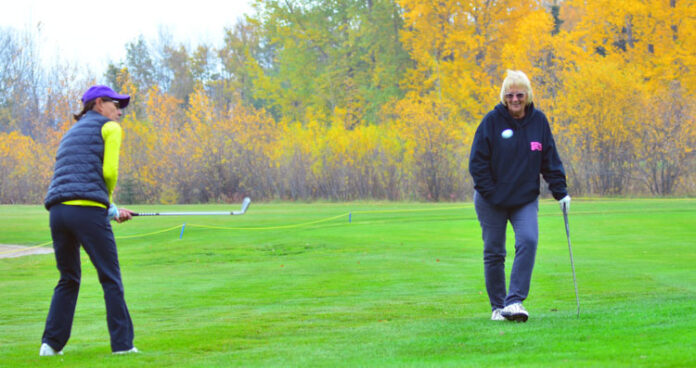 Pandemic life has its drawbacks, but, when it comes to the golf industry, it has provided local courses with a little more green than expected.

“When COVID first hit, we wondered what was going to happen, but last year turned out to be a very good year and this year we just blew it out of the water,” remarked Ken Olan of the Northern Meadows Golf Club in Goodsoil. “We’re more than a golf course here. We also have cabins and an RV Park. The cabins were very busy this summer with family groups, while the RV park, well, we’ve never seen a demand like we did this year.”

Olan went on to say the safe environment golf offers while still allowing participants to spend time with family and friends has helped the industry as a whole.

Going forward, Olan said, if and when the pandemic clears up, business should remain strong.

“I hate to use the term, but COVID has been good to the golf industry,” he added.

Meanwhile, according to Mik Carey of the Loon Lake Golf Club, COVID-19 and the restrictions that came with it also resulted in a higher numbers.

Business, he added, were even better this year, however, because of a higher number of tourists to the area. He noted there are many campsites nearby and campers often frequent the course while staying at one of the nearby lakes.

The club is now closed for the year as of Oct. 3. A break-in to the clubhouse in mid-September, which saw a quad driven through the front doors, resulted in the facility being closed to non-members a few weeks earlier than expected.
A promising season was also experienced this summer at the Meadow Lake Golf Club.

“The last two years have been very successful for us,” said club president Brent Assman. “Other after-hours activities have been placed on the sidelines somewhat because of COVID, but because of distancing on the golf course we have had a great response. We’ve seen a lot of new members, a lot more women and a lot of younger couples, which is really nice to see.”

Meanwhile, the strong turnout this year should also benefit the club in terms of being able to pay back their loan. More than two decades ago, the city provided the club with two loans. The first, totalling $130,000, was issued in 1999 and was earmarked for the development of a clubhouse. A few years later, a second loan – this time for $136,010 – was provided to the club for the purchase of equipment. In recent years, the club came to an agreement with the city to pay back the loans by providing the city with $15,000 per year.

“Did I ever expect we would be able to pay back extra dollars?” Assman remarked. “No. I hate to say COVID was good to us, but it boosted our sales dramatically.”