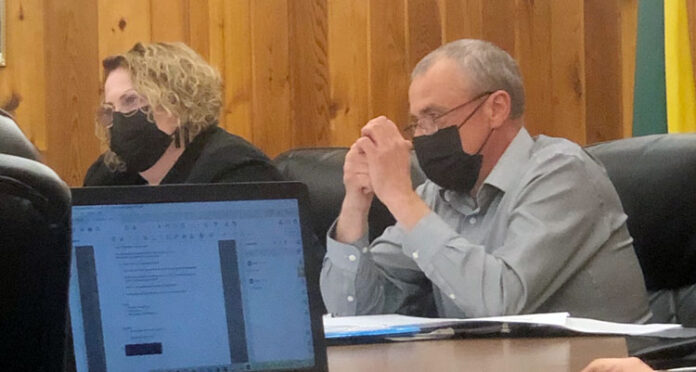 The City of Meadow Lake has taken the next step toward eventually replacing its former hockey arena.

During a special meeting held Tuesday night (Nov. 16), council agreed to support an application for an Investing in Canada Infrastructure Program (ICIP) grant for an initiative that has been termed the Meadow Lake Recreation and Civic Centre project.

“The eligible project costs under this grant will be cost-shared by the federal, provincial and municipal governments,” explained city manager Diana Burton in her official recommendation to council.

The motion was brought forward by councillor Conrad Read and seconded by councillor Ron Dishko. If the city’s application is successful, the federal government would fund at least 40 per cent, while the province would fund up to 33.33 per cent.

According to a summary of the project included as part of application, the city is applying for full facility funding which includes five separate stages at an anticipated cost of $34 million. The proposed project itself includes an NHL-sized hockey rink, a smaller “pleasure” rink, a fieldhouse, event hall, office space and more.

However, according to mayor Merlin Seymour, what appears in the application isn’t necessarily what the project will look like once completed.

“The design is not written in stone,” he said. “The process we are doing right now is just so we can get our application in for grant funding.”

Council also discussed fundraising opportunities, as well as to gain support through sponsorship as well as community partners.

Burton said, if the grant application is unsuccessful, the city could still put insurance money (estimated to be between $13 million and $14 million) toward building a new arena, modernized yet closer to what the city had before.

Also in attendance at the meeting was Josh Kehler from SBL Contractors Ltd., a Calgary-based firm assisting the city with its application process.

Kehler noted the ask would be the difference after the city takes into account how much it will receive from insurance.

“If it’s a $34 million project and you have $14 million going in from insurance, it becomes a $20 million ask from the grant,” he said.

Following the initial motion being approved, Read also moved for the city to commit to a sum of up to $15 million for the proposed multi-use facility. This motion was also carried.