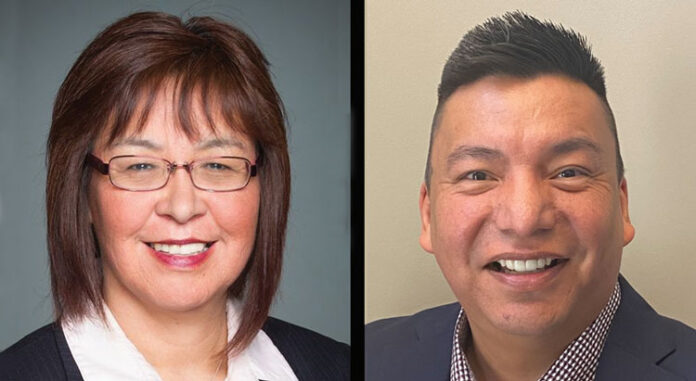 The Saskatchewan NDP have named La Loche mayor Georgina Jolibois, while the SaskParty has Jim Lemaigre, a former RCMP member, as their respective candidates for the upcoming provincial by-election in the Athabasca riding.

Jolibois, the former Desnethé-Missinippi-Churchill River MP, was nominated by NDP members in a contested nomination conducted via online and phone voting.

“Having served my community of La Loche for more than 20 years, I have seen first-hand the impact of this Saskatchewan Party government’s inaction to address key issues,” Jolibois said. “The ongoing housing crisis in La Loche and all of northwest Saskatchewan has only been made worse by the heartless introduction of income assistance changes. Instead of helping us, the Saskatchewan Party has simply created another problem.”

Jolibois is currently in her fifth (non-consecutive) term as mayor of La Loche. From 2015 to 2019 she served as the area’s Member of Parliament and introduced a Private Member’s Bill that led to the creation of the National Day for Truth and Reconciliation.Jolibois is of Dene heritage and a member of the Clearwater River Dene Nation.

“The Athabasca constituency will be well-served with a proven and experienced leader like Georgina,” remarked NDP Leader Ryan Meili. “Her service to her community as a mayor and a Member of Parliament is exactly the experience and expertise the people of northwest Saskatchewan need from their MLA.”

“I’ve worked most of my career in northern Saskatchewan and have lived on First Nations, and investment in and the development of Saskatchewan is what I believe in,” Lemaigre said. “The Saskatchewan Party has demonstrated the significance of investing in Saskatchewan for Saskatchewan.”

Lemaigre went on to say, in the North, there needs to be a shift toward self-sufficiency and economic prosperity.

“I believe we can achieve that with the support of an elected government,” he said. “Northwest Saskatchewan can benefit from the Saskatchewan Party.”

He went on to say he is fluent in the Dene language and to reiterate his entire career has been in Saskatchewan’s north.

“Because of my career choice as an RCMP officer, as well as running community-based programming in northern Saskatchewan, I would be a good person to represent this riding,” he added. “Any time there is a by-election, we’re put in a unique situation and I believe the Northwest is now in a unique situation. Historically, Athabasca has always been an NDP riding, but here is an opportunity to have a representative from the sitting government. It is an ideal opportunity for northwest Saskatchewan and a lot of people are shifting their mindset toward that.”

For more than 25 years years, the Athabasca seat was held by the NDP’s Buckley Belanger who stepped away from the position this past summer in a bid to enter federal politics. He ran as the Liberal candidate in this fall’s federal election, losing out to incumbent Conservative MP Gary Vidal.