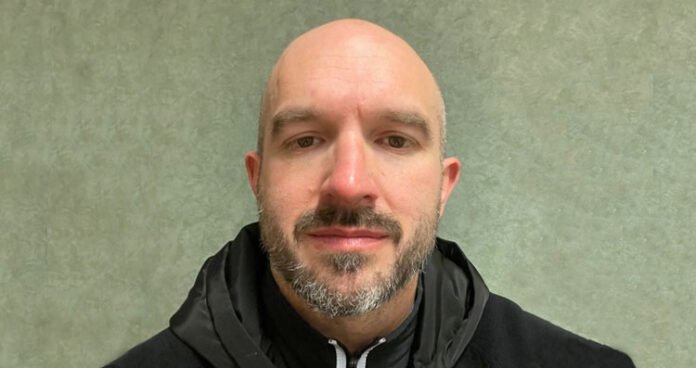 “I never set out to do these things for the recognition.”

This is what Carpenter High School teacher Derek Efotda had to say after humbly accepting a Guiding the Journey Award for his work as a partner in Indigenous education. Award recipients were announced recently by Indpsire, a national Indigenous registered charity that invests in the education of First Nations, Inuit and Métis people for the long-term benefit of these individuals, their families and communities, and Canada.

“I only learned about the award when I received it,” Efotda told Northern Pride. “The organization, called Indspire, is based in Toronto. They are committed to improving Indigenous education, whether that be the outcomes or better programming, whatever is within that universe of improving Indigenous education. I was unaware of this group, however, until I got a phone call about six weeks ago. A Toronto number came up, so I was a bit suspect when I answered it.”

Eftoda said the person on the other end of the phone informed him he had won some type of award.

“Of course, when you get a phone call from Toronto from someone telling you you’ve won something you immediately think it’s a scam and you don’t take it too seriously,” he said. “I was polite and all, but I ended the conversation. A few minutes later, someone else called to let me know they nominated me for an award back prior to COVID hitting, but everything had been delayed. That’s when I realized the call was serious and I reached back out to Indspire.”

Guiding the Journey recognizes Indigenous educators, one Indigenous organization, and one non-Indigenous educator, who have made valuable contributions to community-based education and honour the principles of Indigenous knowledge. Award recipients receive a complimentary ticket to the 2021 National Gathering for Indigenous Education, an award from Indspire president and CEO Mike DeGagné and a gift of $1,000 to be used toward their classroom. According to the Indspire website, Eftoda is respected and recognized by the staff and students at Carpenter High School for raising awareness of Indigenous issues.

“He is responsible for introducing Gord Downie’s Secret Path Project to his school and is currently creating an area in the school dedicated to truth and reconciliation,” the site reads. “Derek is also a leader of a program called Following Their Voices – a Ministry of Education initiative focused on improving the educational experience and outcome of Indigenous students. Derek has been instrumental in shaping the environment at Carpenter High School to be more welcoming to Indigenous students.”

Eftoda was nominated by his friend and colleague Cheyne Dallyn.

“The recognition is cool, and I was interviewed by their organization,” Eftoda said. “That interview was played at a two-day event in late November. Like many decisions I make with my teaching here, I turned to my students and asked what their opinions were in terms of spending the $1,000. Overwhelmingly the students suggested we update some of the things needed in the classroom – I think that’s the direction we’re going to go.”

“When I was originally hired it was to teach native studies for Grades 10-12,” he said. “The majority of my students are either First Nations or Métis, and over the years I have come across different opportunities. One of the more recent opportunities is a provincial initiative called Following Their Voices. We were the first school in our division to have Following Their Voices and I was asked if I would bring that into our school and get it up and running over a few years commitment. It was a tough decision to make because it meant stepping out of the classroom for a more of a behind-the-scenes role.”

Dallyn, meanwhile, said he felt nominating Eftoda for the award simply seemed like the right thing to do.

“Through Following Their Voices, Derek really took the reins in supporting First Nations and aboriginal students throughout our school… It was a huge initiative to take on and he did a tremendous job,” Dallyn added. “I was pretty excited to learn he was chosen as a recipient of the award.”