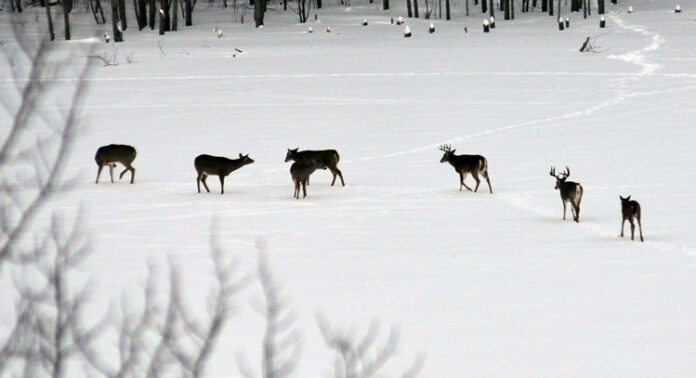 This is a message being shared by the provincial Ministry of Environment in the wake of a harsh winter that has no doubt impacted deer and other animals throughout northern Saskatchewan.

“The heavy snowfalls and deep snow on the ground as a result has impacted the ability of deer and other wildlife to move around and to find food,” stated Leanne Heisler, a wildlife biologist with the Ministry of Environment. “But, for the most part, wildlife are pretty resilient and well adapted to surviving our cold, snowy winters.”

In the past, major snowfalls in the southwest region of the province did impact deer populations, but Heisler said this doesn’t appear to be the case anywhere in Saskatchewan so far this season.

“We do annual surveys where we go out to look for deer in certain areas, and we will be doing those again this fall,” she said. “We do, however, advise people to avoid feeding wildlife. A major reason is they start to habituate to feeding on those things – especially bales and grain when left out. They will get used to eating that type of feed and, when you stop, they may start looking for that feed somewhere else.”

Heisler also said another concern is, when feed is left out, a variety of animals come in from different areas and there is an increased chance for disease transmission.

“Deer also tend to suffer from bloat,” she added. “If they get too much carb-rich foods, they could die.”

According to RM of Meadow Lake reeve Harvey Harriott, however, there is no one he is aware of who is feeding wildlife.

“I don’t know of anybody who is actually going out of their way to feed them, but anybody in the cattle industry knows, when conditions are harsh, deer will naturally come into their feed yards and eat out of survival,” Harriott said. “It has been such an issue in the past there have even been programs where the ministry will provide funding for fencing to keep deer and elk out.”

Harriott also said this year is certain to make for a tough winter on the animals.

“Out by my place I have seen the deer up to their stomachs in snow,” he said.