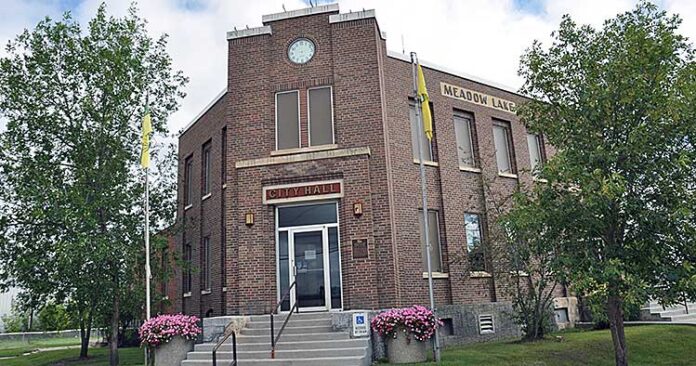 Meadow Lake city council has zero interest in raising taxes, at least for this year.

During its regular meeting held Monday evening (Jan. 24), council approved its 2022 capital and operating budgets and, much like 2021, this year’s budget includes no increase to property taxes.

“In terms of the impact this budget will have on residents and business owners, we are not looking to increase taxes,” stated mayor Merlin Seymour following the budget’s approval. “The work done by administration and the department heads to go back and to find a little bit of extra money by shaving some things off the budget allows us to approve a zero per cent tax increase for the coming year.”

In 2020, taxes were raised 1.6 per cent for 2020, while 2019 included a 2.4 per cent tax increase. Council raised taxes in 2018 by 1.9 per cent and, the year before that, taxes were raised two per cent for the 2017 calendar year.
Seymour went on to say a big part of council’s reasoning behind this year’s decision not to raise taxes is a direct result of the ongoing COVID-19 pandemic.

“COVID is not over yet and there are a lot of people who continue to be affected by it,” he said. “Whether it’s someone who doesn’t have a job or a full-time job anymore, or businesses that are struggling because of the ramifications from the past couple of years, it’s been difficult for everyone. A few years ago, when Gary (Vidal) was in this chair, I thought if you don’t increase taxes there is no way of expanding what your community can do. However, going back to the department heads and their efforts to shave some things off and to save money for the community as a whole, this was a good step. It might not be like this next year, but this is what we’re going to do this year.”

Highlights of the city’s 2022 operating budget include: authorization to create and fill an out-of-scope position for an executive assistant at city hall; approval to undertake an occupational health and safety audit and program overhaul; the continuation of a three-year records project; leasing of a new folding machine to assist with mailouts; and the addition of two paid, on-call firefighters to the department.

One item that was not approved, however, was a recommendation to split the existing fire chief/building official role into two separate, full-time positions. The joint position is currently held by Neil Marsh.

“Neil and I have been going around and around to come to this proposal for probably five or six years,” stated city manager Diana Burton. “We’ve seen requests for a deputy-chief, we’ve seen requests for administrative support, and at this point we feel we have done everything we can in terms of moving things around and asking other people to take things on. The reality is, what those two positions require – whether it’s always seen by the general public or not – it’s too much for one person… A concern I have is there is a large portion of each of those jobs not getting done. The highest priority stuff items are being addressed, but the low hanging fruit isn’t, and it compounds and eventually causes a lot of issues.”

This was echoed by Marsh.

“What it comes down to is the level of service the city wants and needs to supply,” he said. “From what I have seen, a lot of the service that needs to be provided is increasing and the quality of service increases too. We’re not a town anymore, we’re a city and, as such, the level of expectations have increased. Legally speaking, keeping the city out of liability exposure is a big one… If things are done to the standard of care expected, that protects the city and everyone at this table from liability exposure.”

Ultimately, however, the recommendation was not approved. Councillors Tom Harrison, Ron Dishko and Seymour were in favour of the split, while councillors Conrad Read, Clay DeBray and Mauri Young were opposed. Councillor Richard Levesque, whose term expires at the end of the month, was not in attendance.

Meanwhile, the capital includes nearly $5 million of investments including: a structural and condition assessment of the fire hall; a new breathing air compressor system, as well as a turnout gear extractor for the fire department; shipping containers for the development of a fire department training ground; a $20,000 operating grant for the Meadow Lake and District Humane Society; the purchase and installation of garbage cans for Lions Park and the downtown; new windscreens for the tennis courts; post repairs, a new slide and new lockers for the aquatic centre; lagoon dredging; the purchase of a new grader and more.