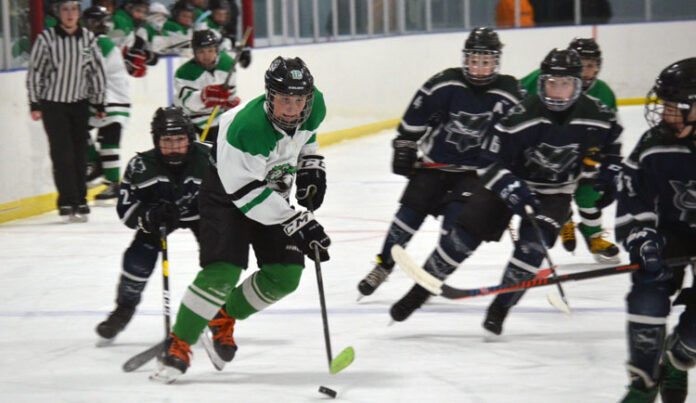 The loss of an arena and the continuing conundrum known as COVID-19 has made for a difficult year for Meadow Lake Minor Hockey, but, when it comes to scheduling ice time, Jennilee Spencer is proud to say she’s been up to the challenge.

Spencer has served as ice scheduler for Meadow Lake Minor Hockey for the past four seasons.

“I usually start the season off by figuring out how many teams we have,” Spencer said. “This year we have 16 teams, and each team was given 10-15 ice slots for games on weekends which they, in turn, then take to a league meeting. It was a little tough this year because we only have the one ice surface, but the big thing to be mindful of at the start is not to double up on anybody’s ice time.”

Spencer went on to say the bulk of her work as ice scheduler takes place early on, adding the potential pressure she could have faced this fall was not as difficult as initially anticipated because of the fact Meadow Lake Minor Hockey broke things up slightly compared to previous years.

“It started with U18 and U15 booking games, a week later it was the next two age groups and so on and so forth,” she said “U9 didn’t start playing games until after Christmas, so that gave the older groups some more time to get some games in. In past years, everyone went to the booking meeting at once. It certainly helped out having things split up this year… It worked out pretty smoothly.”

As the season progresses, however, Spencer said an ongoing issue has been COVID-19 and the need to reschedule games because of pandemic protocols.

“Last weekend (Jan. 15 and 16) there were four games that were cancelled, while this past weekend (Jan. 22 and 23) there were five,” she said. “Now that we’re getting toward the end of the season I am scrambling for weekend ice because of the need to reschedule games that were previously booked… We are having to book some during the week and that means losing practice times.”

She also said, with the recent COVID case numbers and having some teams in isolation, it becomes more and more challenging every day.

“It seems we’re constantly having to rebook games and things are changing all the time,” she said. “I am optimistic, however, this won’t be as much of an issue come next season.”