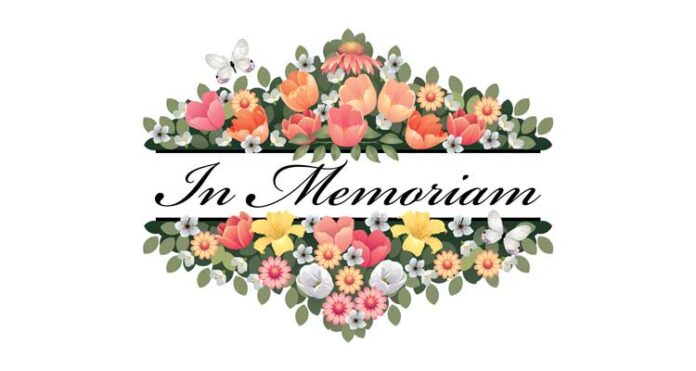 Lynne Chambers, beloved wife of Robin Mitchell and loving mother of Tristen Chambers, of Cochrane, AB, passed away on Saturday, Dec. 4, 2021, at the age of 51 years.

Lynne was born in St. Walburg, SK, on Nov. 9, 1970. She attended her earlier education in Loon Lake, SK, and graduated from Mount Royal University with a diploma in Early Childhood Education. Lynne worked for the City of Calgary, where she was a youth program supervisor for both day care and day camps. She got her start with the YWCA of Calgary, advancing to become the Day Care and Day Camp Manager. Lynne worked for the past nine years as an Education Assistant at Elizabeth Barrett Elementary School, which she absolutely loved.

Lynne accomplished much through her life and was particularly proud of the birth of her son Tristen and watching him grow into the young man he is today, as well as her stepdaughter Katie and the bond that grew between them. Lynne had a passion for paying it forward, being kind and generous with her time but also her money. She felt good to be able to brighten someone’s day and she never expected anything in return. Tristen has inherited this among many other great qualities from his mom.

Lynne loved camping, traveling, having fun, she loved her naps, and was always up to try something new; anything from sky diving and roller coasters, to snorkeling and knee boarding.

Lynne loved to travel and see new places. They visited Mexico, Cuba, Hawaii Vegas and absolutely camping in Montana. But if Lynne had to pick the most memorable vacation times; it was time spent in the Shuswap every summer for two weeks, where their kids would join them along with Greg (her brother) and his kids. Over those many years the groups grew, and more people would come together. The days back at Lou’s cabin where it all started were the most memorable vacations.

Lynne’s favourite saying was “pay it forward.” She will be most remembered for her love of flowers, often caught sticking her nose into a bouquet of flowers to take a deep breath. In the spirit of paying it forward, in the next couple of weeks, if you can give a stranger a small bouquet of flowers, you will make Lynne smile in heaven.

Besides her loving husband of 20 years, Robin, Lynne is survived by her son Tristen Chambers and stepdaughter Katie Mitchell. Lynne is also survived by her mother Cecile Corbeil; three brothers: Dale, Greg, and Glen; four sisters: Loretta, Val, Marlene, and Elaine; as well as her cherished Charlie.

Lynne was predeceased by her father Medore Corbeil.

Condolences, memories and photos may be shared and viewed on Lynne’s obituary at www.mhfh.com.

The family would like to say thank you to everyone who reached out with condolences and to those who came to pay their respects and share a few stories (hopefully laughs). Thank you to those of you who accepted Lynne for wanting to be herself. Thank you to the staff at EB, who she considered family, and thank you to the folks of McInnis & Holloway for all your support.