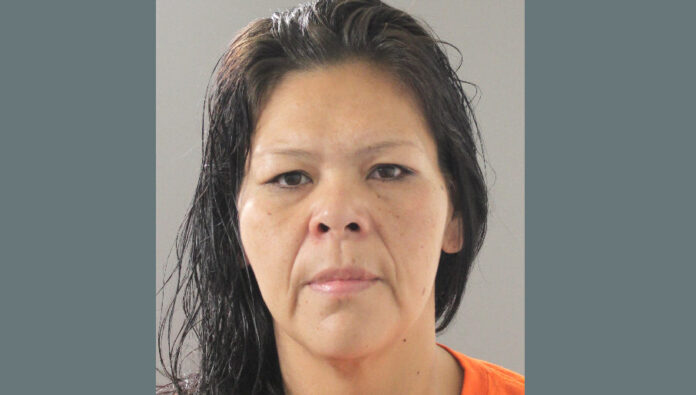 When it comes to the recent mailbox break-ins throughout Meadow Lake, the RCMP could soon be making a delivery of its own – directly to jail.

On Jan. 29, Meadow Lake RCMP received a report of a woman in distress at a residence on 3rd Avenue West. Officers entered the residence and located an injured adult female inside. Investigation determined she had been threatened and assaulted by multiple individuals earlier that day, then forcibly confined. She was taken to hospital with non-life-threatening injuries.

While officers were investigating, they noticed a large quantity of mail in the residence. They secured the residence, then obtained and executed a search warrant. The mail was seized and is believed to be connected to ongoing investigations into break-ins to mailboxes in Meadow Lake.

Brenda Partridge, 36, of Meadow Lake has been charged with: one count of aggravated assault; one count of forcible confinement; and one count of possession of matter stolen from mail.

A warrant has been issued for Partridge’s arrest and, as of press time, Meadow Lake RCMP were actively trying to locate and arrest her. Partridge is described as approximately 5’8” and 300 pounds. She has black hair and brown eyes.

Break-ins to community mailboxes were initially discovered at various locations throughout the city in November and again between Christmas as the New Year. More recently, mailboxes were illegally accessed at the Meadow Lake Housing Authority’s Villa 1 located on 4th Avenue West.

“Yeah, they got into all the mailboxes,” confirmed Villa 1 resident Norma Svandrlik. “It happened just over a week ago.”

Svandrlik went on to explain the mailboxes at the villa are situated just inside the main door, an entrance open to the public.

“It’s a stupid place to have put the mailboxes,” she said. “They could have put them inside the (inner) secure door and everything would be fine, but they’re located right where you can come in and access them from the street.”

A statement released by the Meadow Lake Housing Authority notes the organization is aware of two incidents in mid-January where a publicly-accessible mailbox was tampered with in one of its buildings.

“To address any future safety concerns, the replacement mailbox will be installed in a secure area of the building not accessible to the public,” the statement reads.