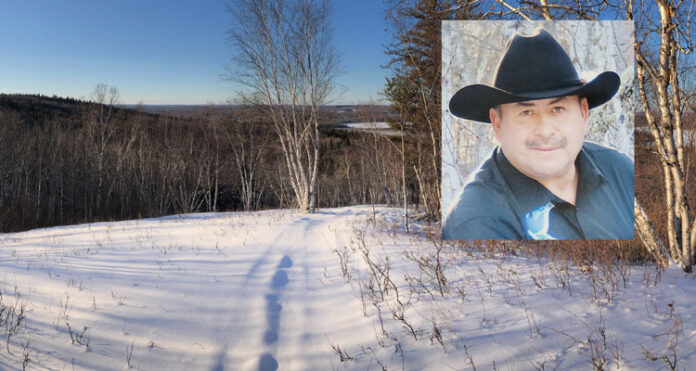 As a man who always loved the outdoors, Tom Ouellette’s name will always be linked to Makwa Lake Provincial Park.

Mr. Ouellette, a resident of Makwa Sahgaiehcan First Nation, worked at the park for close to two decades before passing away in 2016. According to his widow, Julia, park officials are now honouring her husband by naming a a nature trail in his memory.

“My husband, Tom, passed away Aug. 29, 2016,” Ouellette told Northern Pride. “He was diagnosed with cancer and, six weeks after we found out, he passed away. It was sudden, so we didn’t have a lot of time. But, he had been working with parks since 1996. At first, he helped fight fires in the park and, later, he got a job as maintenance supervisor.”

Ouellette went on to reiterate her husband’s love for the outdoors.

“He loved doing things outside – anything that got him to be outside with nature,” she noted. “He also loved meeting new people and helping people out.”

While she said he learned about the park’s naming plans for the trail some time ago, Ouellette said she only recently saw a map featuring the name when she attended the sled dog races last March 6 near Loon Lake.

“Tom was a great man who worked hard for the park,” she said. “He would often get called out after hours to deal with things, so this means a lot to me and my kids – it’s a great way to honour and acknowledge him.”

According to Lillian Neilly, Makwa Lake Provincial Park manager, the trail starts and ends at the park administration office, and includes two loops – a short 1.4-kilometre and a longer 2.7-kilometre stretch for a total trail length of 4.1 kilometres.

“The park decided to dedicate the trail to Tom to recognize his many years of service to the park,” Neilly said. “The park recently revitalized the trail and, through conversations with Tom’s friends and family, it was decided it was fitting to dedicate it to Tom. The trail represents Tom’s love of exploring and the natural world, which will also be experienced by visitors to the park.”

Ouellette, meanwhile, said the naming also represents the continuation of her husband’s legacy.

“His name will always be there,” she said. “Our grandchildren and our great-grandchildren will be able to walk along his trail for years to come. I too have a trail I now look forward to walk along, and we’re planning to do it as a family. Thank you everybody who acknowledged him by deciding to name the trail after him. Again, it means so much to us.”