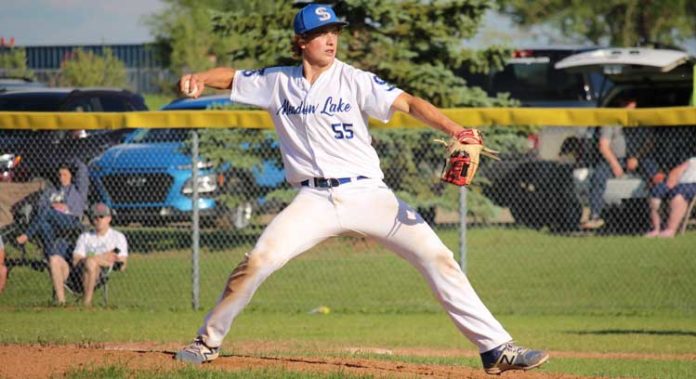 “Take me out to the ball game.”

That’s what many people from Meadow Lake and area will soon be saying when the Meadow Lake Minor Ball season kicks off next month.
According to minor ball president Regan Beck, things are once again shaping up in a promising fashion for the organization, the sports it represents and the young athletes eager to get back on the diamond.

“Things are coming along really good,” Beck said. “Once the snow starts melting, more and more people get excited for spring sports. The numbers are starting to roll in (in terms of registered players).”

A final registration night was held Monday (April 25) at North West College and, once things are finalized, Beck said the organization will start forming teams.

“Schedules are made through the Turtle River Minor Ball League, and I know there are quite a few of our provincial teams starting to practice as well,” Beck continued. “Numbers we’re down slightly (prior to Monday’s registration night), but a lot of people always wait until the last minute to register. We also haven’t held an actual registration night in a couple years, but once things are all said and done I believe our numbers will be right where they need to be.”

As of last week, Beck also confirmed there will be multiple local teams in most divisions.

As for major events, Meadow Lake will host the Softball Saskatchewan U9 Festival May 14 and 15.

“This is something we’re really excited about because we’ve never hosted this event before,” Beck noted “It’s open to teams throughout the province, and generally, these festivals are only hosted in the bigger centres like Regina and Saskatoon. We’re really excited to see Softball Saskatchewan expand things beyond its normal region. Having taken my daughter to that event when she was younger, I can say it’s a great foundational way to getting into playing a little more softball.”

In recent years, minor ball has exploded in popularity in Meadow Lake and area. According to Beck, the reasons for this are many.

“I believe it starts with leadership,” he said. “We have a lot of strong leaders in our organization, a lot of committed and excited coaches. Their passion shows when they’re out there with the kids.”