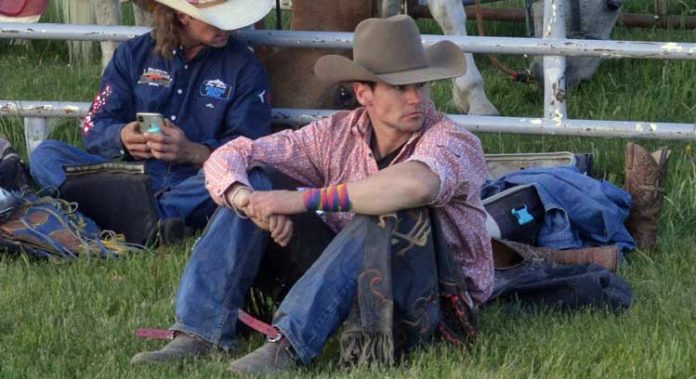 Cody Coverchuk may be known to most as a Meadow Lake cowboy, but now he can also be called a Texas Rattler.

“This is like the NHL of bull riding,” Coverchuk told Northern Pride with regard to the new PBR Team Series. “They signed 40 guys right off the hop, and I signed on as a free agent with the Texas Rattlers just this past week. (Coach) Cody Lambert called me about a week ago and was asking me all these questions, seeing what I was interested in doing. I told him I was very interested in joining the PBR Team Series, so he’s giving me a shot.”

The PBR Team Series is an elite new league that will feature the world’s top bull riders competing on teams in five-on-five bull riding games during an 11-event season beginning in July and culminating in a team championship in Las Vegas Nov. 4-6.

“It’s all very interesting, and very cool,” Coverchuk said. “It’s different because, traditionally, bull riding is an individual sport and now we’re making it into a team kind of deal. You have four or five other guys behind you, rooting for you at every event. It’s going to be a good opportunity for the PBR and for bull riding as a whole.”

This past weekend, during a pre-season event and Coverchuk’s debut, a back-and-forth battle eventually saw the Carolina Cowboys emerge the more dominant team Friday evening, winning against the Rattlers in Bismarck, North Dakota.

Coverchuk, meanwhile, cemented his name in the PBR record books, becoming just the third multi-time PBR Canada Champion in history. After a stellar regular season that included two event wins, Coverchuk entered the 2021 PBR Canada National Finals ranked number two in the standings, 53.66 points behind number one rider Dakota Buttar. With the title decided on the final outs of the year, Coverchuk mounted an incredible come-from-behind surge, erasing Buttar’s lead, to conclude the year number one in the nation, capturing his second career national championship.

He has continued to excel in 2022. Not only did he return to Team Canada for the 2022 PBR Global Cup, but he also earned two berths to ride at the elite PBR Unleash the Beast.

“Since I was a little kids, like 12 years old, I always wished the PBR and bull riding in general was like the NHL where you get drafted and all that other good stuff,” Coverchuk said. “So, to be able to get signed is very cool. I’m pretty excited and pretty humbled to get this opportunity.”

Coverchuk last competed in his hometown of Meadow Lake earlier this month at the Eagle Creek GM PBR Classic.

“After the upcoming Calgary Stampede, it looks as though I will be down south, living outside Forth Worth for a while,” he said. “We have 11 events, and for those two or three months I will be fairly exclusive to the PBR Team Series deal. Our coach wants us to be on top of our game so we can win the world championship at the end of the year in Las Vegas.”

But, does this mean Coverchuk will never compete in Meadow Lake again?

“You never know, he said. “Who knows? The future is uncertain. I just take things one day at a time.”