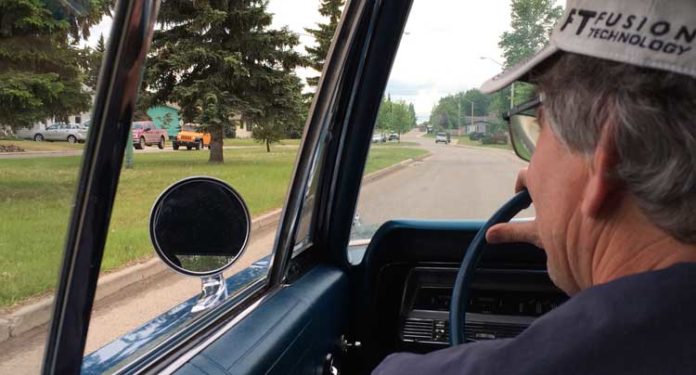 Meadow Lake’s annual car show is ready to cruise back into town this weekend.

“The Meadow Lake Cruisers is putting on its annual car show,” remarked club treasurer Tony Vandenberg. “It’s going to be the 23rd year for it and, while typically we have indoor car shows, with the arena now gone, it’s been moved back outdoors.”

“It’s a free show,” Vandenberg continued. “We were able to get a few sponsors on board to help cover the costs of our trophies or whatnot, so we’re open to the public free-of-charge.”

He also encourages as many car enthusiasts as possible to participate in the show.

“You can bring your cars down if you want, anything is acceptable,” Vandenberg noted. “If it’s rusty we enjoy it, if it’s not painted, hey, still bring it down. Anything with wheels that has a story behind it, it will be nice to have it down there. I know there are some expensive cars in town, and a lot of cheap ones too that are still very unique – we’re open to everybody to attend.”

This Saturday also marks the second year in a row this show in particular has been held outside the mall. According to Vandenberg, both indoor and outdoor shows have their pros and cons.

“Indoor versus outdoor show – indoors you are limited when it comes to space but you never have to worry about the weather,” he said. “You can have some very special vehicles brought in because they’re kept indoors. Outdoors there is a lot more space for more vehicles, especially for people who decide to show up out of the blue. You also expect to see a lot more spectators if the weather is nice.”

Each year, the show also attracts participants from beyond the immediate Meadow Lake area.

“We’ve got a good group that comes from Lloydminster, another from North Battleford, a few from Goodsoil, and Cold Lake has shown up before,” Vandenberg said. “The car culture definitely has a following and our show always makes their list. It’s fun to get a group of car enthusiast together. It’s nice to have them all in one spot so we can check each other’s vehicles out, maybe get a few tips or pointers on restoring another project, and getting some of the old timers to come out and share stories about some of the older vehicles. Those stories are always great to hear.”

After the car show itself wraps up, the fun will continue with a free concert at the Lions Park amphitheatre.

“The Meadow Lake Cruisers is sponsoring the concert which takes place from 6:30 to 10:30 p.m.,” Vandenberg said. “We’re bringing in The Milkman’s Sons, a tribute band out of Regina. We’re looking forward to having them there. It should be a great evening of music and entertainment. In the past we’ve had a supper and show, but more so for the members of the car club. With COVID-19 restrictions coming down and whatnot, we thought it would be a nice idea to offer something everyone can take part in. I just hope the weather stays nice.”