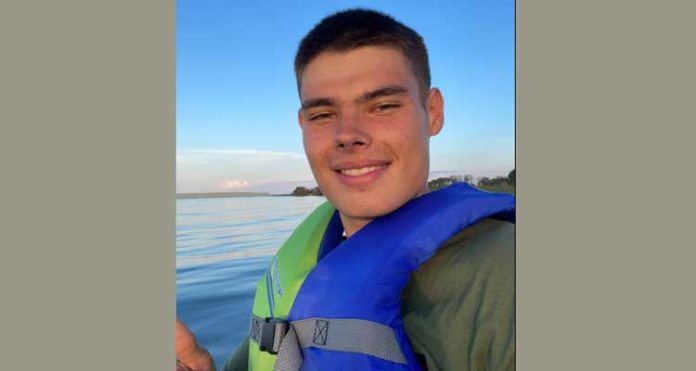 An Ile-a-la Crosse students is ready to give the North a provincial voice.

Ethan McKenzie, a Grade 11 student at Ile-a-la Crosse’s Rossignol High School has been selected to serve on the 2022-23 provincial youth council, a group of12 students from Grades 10-12 from across Saskatchewan who will provide their insights to the Ministry of Education to help shape the future of education in Saskatchewan.

“Last year was my Grade 10 year, and my teacher, Mr. (Dave) Dalton, gave me some papers about the youth council,” McKenzie told Northern Pride. “He said I should try it out because he felt I would be the perfect representative for our school.”

McKenzie was one of the students to accompany Dalton to a robotics event in Saskatoon last year and, during the outing, the youngster addressed the audience, showing his teacher exactly where his strengths were in terms of public speaking.

“I did pretty well and he thought I would be a good speaker, so I filled out the (application) and later received an email saying I had been accepted to the council,” McKenzie continued. “It was very exciting. I was very happy about it.”

The council is scheduled to have its first meeting Sept. 27.

“From what I have read and heard, the youth council specializes in making education better for the younger people, and the government wants the opinions of the young people represented on the council,” McKenzie said. “I am hoping to give my opinion, voice what the kids want changed in the school, that kind of thing.”

He also said he is looking forward to representing Saskatchewan’s North, as well as his fellow Indigenous students.

“I’m Cree, and, if you know Indigenous history, it’s kind of dark,” he said. “They didn’t really have a chance to voice their opinions. It’s really nice to know I have been chosen for this great opportunity. I’m looking forward to meeting new people and listening to their opinions and ideas. I’m very excited for that.”

Among those proud of McKenzie’s impending involvement with the council is Rossignol High principal Elaine Favel.

“When we were asked by the ministry to get involved by submitting an application to the provincial youth council, we thought it would be a great idea,” Favel said. “Last year, we nominated Kadence Hodgson who was our SRC president. She sat on the provincial youth council, attended all the meetings and provided that northern youth, Indigenous and Métis voice. Something like this is huge for us because it puts us in the spotlight and shows we are developing some very good ambassadors from our school.”

Favel went on to describe McKenzie as a very outspoken young man.

“He also sat on our SRC committee last year and chances are he will be again this year,” she said. “He does a lot of extracurricular stuff here, he’s our youth custodian worker when we need help in the evening, and we enrolled him in the application process for the Bold Eagle program this past summer. He’s quite a high academic student as well, and always has some great ideas. We thought he would be the next best person in line to sit on the provincial youth council.”

The council members represent an inclusive cross-section of Saskatchewan, including two school divisions with their first representative on the council this year – Chinook School Division and Light of Christ School Division.

“I’m pleased to have these young ambassadors welcome students back to class and want to congratulate them for taking an active role in ensuring this school year is the best yet,” provincial education minister Dustin Duncan said. “By sharing their voices, this year’s members will have the opportunity to help ensure students in our province experience success in the coming year.”