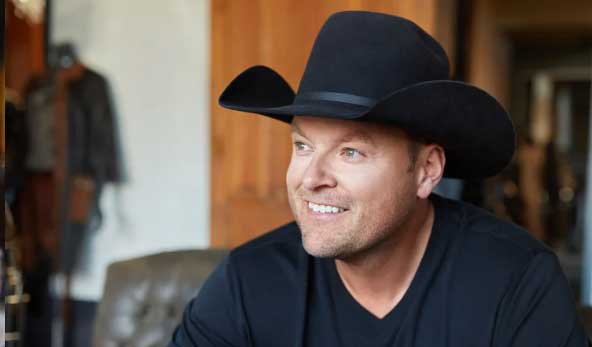 The Meadow Lake Kinsmen are about to go country.

In an effort to raise funds for its various ongoing initiatives, the local service group is hosting a concert featuring country music sensation Gord Bamford. The show gets underway Saturday, Nov. 5 at the Meadow Lake Civic Centre starting at 7 p.m.

“Doors open at 6 p.m. and the show starts at 7 p.m. with the opening act, country music artist Duane Steele,” stated Corinne Szepesi, business manager for Gord Bamford. “Gord will headline the show, which is a continuation of his Kick COVID in the A** tour. This is Part 2 of the tour – last year we did Part 1, held 13 concerts and were able to raise more than $160,000 for local community service groups in various locations throughout Alberta and Saskatchewan.”

Born in Australia and raised in Alberta, Bamford – the most decorated Canadian country music artist in history – is a 26-time Canadian Country Music Association (CCMA) award-winner and has received multiple Juno Award nominations. He is also the only two-time winner of the CMA Global Country Artist Award, while he has had close to 30 number one hits throughout his career.

In addition to his professional success, Bamford also believes strongly in helping others to achieve their goals and dreams.

“Gord has his own charitable foundation which, to date, has raised more than $5 million,” Szepesi said. “He is very aware of fundraising and of community service groups because – through his foundation – he has helped more than 63 organizations.”

Among those looking forward to the upcoming show is Geoff Barton of the Meadow Lake Kinsmen.

“Four Kin clubs in Saskatchewan hosted Gord Bamford during his Kick COVID in the A** Tour Part 1,” Barton said. “The shows were all overwhelmingly successful and the clubs were still talking about them at our district conference in Rosetown last spring.  A couple months ago, Corinne from the Gord Bamford Foundation reached out to us to see if we were interested in hosting for Part 2 of the tour.”

Tickets can be purchased at gordbamford.com or by stopping by The Medicine Shoppe in downtown Meadow Lake and PineRidge Ford on Highway 4.