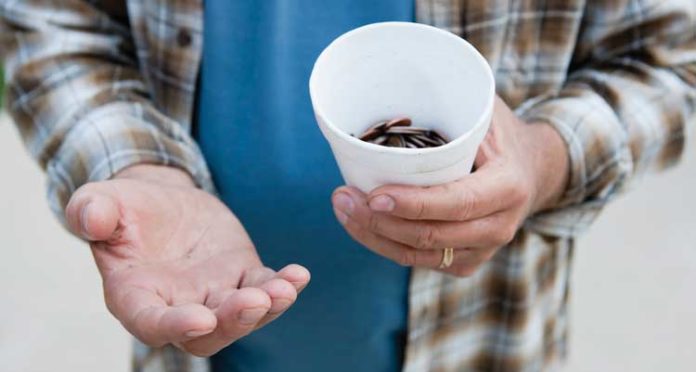 Unfortunately, like many communities across Canada, not everyone in Meadow Lake has a place to call home.

This is why, during the regular meeting of Meadow Lake city council held Oct. 11, a motion was carried directing administration to draft a letter on behalf of mayor Merlin Seymour lobbying the provincial government to take a leadership role in creating a collaborative solution to address homelessness within the community. This action came as a result of a recent letter received by the city from the Door of Hope asking for the city’s help.

“It is becoming fall outside and we are seeing increased numbers in our feeding program and food bank,” remarked Door of Hope executive member Dr. Merv Johnson in his letter to council. “Also, it has been predicted this is going to be a very cold winter. We are quite concerned we may have a repeat of last year in that there will be several homeless who will be sleeping outside without shelter during the worst part of the winter. We are quite willing to feed and partly clothe the homeless as we have in the past, but we have no ability to house and protect any of these people. Because we are a volunteer organization, we are running at over maximum with providing food and daytime shelter with our limited donations and financial backing.”

Johnson went on to note the importance of having a safe shelter in place during the cold months.

“We were lucky no one died last year, but it is only a matter of time before this happens,” he said. “The city is in a unique position – it could direct and help organize a shelter. We definitely would support this with the resources we have… We need someone with the teeth and the power to begin to put things in place. We lack both of these, and it is outside of our mandate. It would be quite a bad mark on the City of Meadow Lake if some of the homeless die this winter because of lack of shelter.”

“Each idea triggers many problems, but the situation is likely to be desperate come December, January and February,” he said.

According to city clerk Ferne Hebig, when making her official recommendation to council, the issues raised by the Door of Hope are not new ones adding there does, however, appear to be a rise in the homeless population throughout all Saskatchewan cities.

“The overall age of that population also seems to be getting younger,” she said. “There is a gap between rising housing costs, the rising cost of living, eligibility/access to support services and the amount received in benefits. Annually, the safety of our homeless population is made even more urgent in the cold winter months.”

The city decided to lobby the province with regard to the homeless situation because, traditionally, the province has had the jurisdiction to address the issue of homelessness, noting the city does not have the capacity to undertake these types of initiatives in a leadership role either financially or in the person hours it would take to lead these types of programs.

“For emergency shelters there are many things to consider in terms of risk and liability for the city and a full review of any plans would have to be undertaken by our insurance providers and legal counsel,” Hebig added. “We also cannot simply convert an existing building to a different use without ensuring the new use meets our planning bylaws and any amendments to existing bylaws take considerable time. There also needs to be communication and consultation with surrounding residents for changes to the use of a property. None of these things can happen quickly. Regardless of how council chooses to move forward to address the issue of homelessness, to make anything concrete in terms of an emergency shelter happen for this winter is not possible. This would take more capacity than we currently have on hand within our staff for the city to initiate, organize, or lead such a project.”