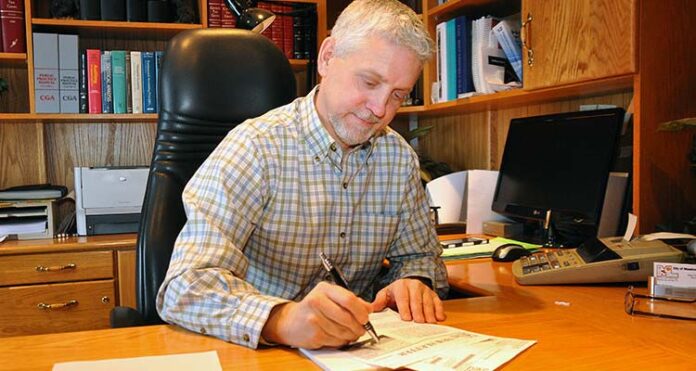 Good things await the City of Meadow Lake in 2016.

That’s the optimism mayor Gary Vidal expressed while reflecting recently on the highlights of 2015 and the impact the decisions made at that time are expected to have going forward.

Last summer, work began on the $1.6 million project that included the installation of backup generators at both reservoir #1 and the city’s water treatment plant. The work will also lead to the eventual decommissioning of the municipal water tower located behind the local post office.

The mayor also commented on the more than $4 million received from the New Building Canada’s small communities fund, money that went toward water quality and organic removal upgrades at the water treatment plant.

“That was huge for us and, although the funding came in 2015, the project will really reach fruition in 2016,” he added. “When everything is completed, our water and sewer will be in a good place in terms of better pressure and consistency.”

Vidal went on to say work started in 2015 to replace underground valves will continue later this year, something he said will make the local water and sewer service better still.

“I know some people would like to see us budget for more paving and such, but there’s not a whole lot of sense paving roads if we just have to tear them up again when its time to get the valves done,” he said. “Council made a choice to do the right things even if they may not appear to be the most politically appealing.”

Last year also saw council approve new water and sewer rates, changes that came into effect Jan. 1. This, Vidal said, should encourage the conservation of water when people who use more are required to pay more.

“There’s always going to be a cost in place just to be able to turn the tap on and have access to running water, but if you’re going to consume a large quantity of water compared to your neighbour, you should have to pay for it,” he remarked.

Meanwhile, 2015 also saw the introduction of a new base tax commercial lot system designed to level the playing field for all commercial, industrial and hotel/motel property owners.

Other highlights of 2015 included the approval of the following year’s budget prior to the end of December, the ratifying of a new union agreement before Jan. 1 and improved relationships with Flying Dust First Nation and other nearby communities.

While not considered a highlight of the past year, Vidal also said it’s important to remember the passing of former councillor Elaine Yaychuk who died last May.

“We lost an extremely valued member of our community who sat on council,” he said. “We honoured her at the time, but she still deserves recognition going forward for everything she’s done for our community.”

Yaychuk’s passing also led to a by-election in 2015 that resulted in Kim Chiverton joining council in the fall.

“Councillor Chiverton has already proven to be an important member of council and I look forward to working with him more in 2016,” Vidal said. “I consider myself blessed to work with the really good group of people we have around that table.”

As for the months that lie ahead, Vidal said it will be a priority to once again keep taxes low and to be able to complete key projects without increasing municipal debt. A big project this year, he added, will be improvements to the west service road.

This year is also a municipal election year, but Vidal said he still hasn’t decided if he’ll seek re-election Oct. 26.

“I haven’t made up my mind yet, but I’ve been thinking a lot about it the last several weeks,” he said. “I will be setting a timeframe for myself because whatever my decision ends up being, it could have an impact on a lot of people. Still, I encourage anyone interested in running for mayor or council to do so regardless of what I decide to do. It’s important to have a good selection of people to choose from, especially when they have a genuine interest in contributing to the community.”