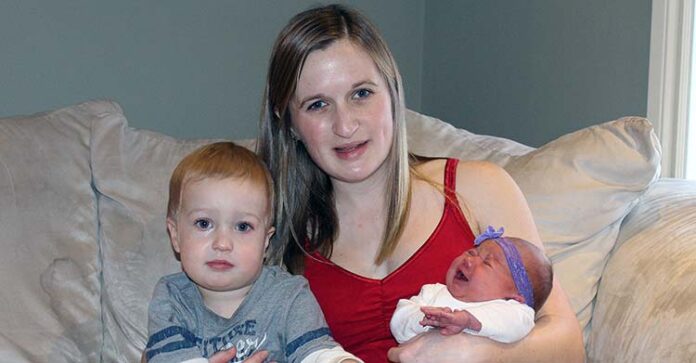 The New Year’s babies in Meadow Lake and La Ronge are both girls.

Brynn Gilroyed was born Jan. 1 at 5:54 a.m. at the Meadow Lake Hospital to parents Scott and Jackie Gilroyed while, at the La Ronge Health Centre, parents Jason Bird and Jenny Charles welcomed their daughter, Gretchen, into the world Jan. 2 at 12:30 a.m. Both babies also came early with Brynn expected Jan. 9 and Gretchen due Jan. 19.

“It was kind of fun,” Jackie Gilroyed said about having the New Year’s baby. “It was one of those things where I wasn’t done being pregnant.”

Gilroyed – who is from Meadow Lake – said, aside from the baby coming early, her pregnancy was normal. She noted the hospital was quiet during her stay and she and Brynn were released from the hospital Jan. 2. Gilroyed added, the nurses who attended to her were excellent and the overall experience was good.

“Everything went well,” she remarked. “She weighed seven pounds, five ounces and the delivery was easy as well. I got lucky that way too.”

Gilroyed was also gifted with a basket of goodies sponsored by local businesses. The basket included items such as toys and supplies to keep Brynn happy during the initial moments of her life. Gilroyed – who’s employed as an agronomist with the Meadow Lake Co-op – will be returning to her job after maternity leave.

Meanwhile, Jenny Charles of Stanley Mission was en route to Prince Albert when road conditions forced a change in plans. Before she was able to be flown out of La Ronge for a caesarean section, she gave birth to her daughter, Gretchen. Charles said the baby arrived 19 days early and she doesn’t expect to be released from the hospital quickly.

“They said they’re going to keep an eye on the baby,” Charles commented. “She has to gain weight because she’s only five pounds, six ounces. We’ll be here for at least a couple more days.”

Charles – who is a stay-at-home mom – said she’s excited to be able to return to Stanley Mission. She said both her pregnancies were similar, although she made it to Prince Albert the first time.