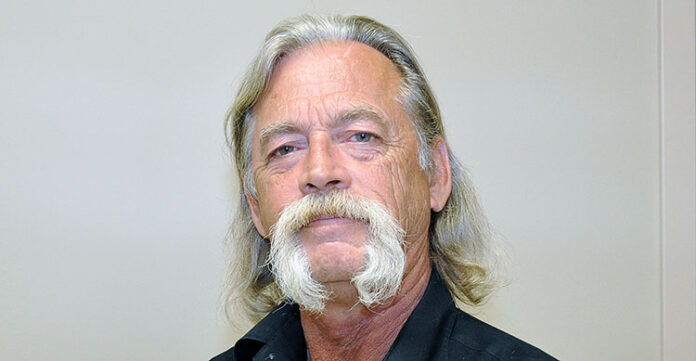 Farmer Orest Kwasniuk, Jan. 13, 2015
Q: Why is Ukrainian Christmas celebrated in January?
A: We still follow the Julian Calendar and that’s why we celebrated Christmas Jan. 7. It’s so many days behind the calendar we all go by now. The Julian Calendar is the old-time calendar from when Christ was alive. As a group, we’re still trying to keep up with some of the Ukrainian traditions and that’s why we celebrate. We usually celebrate two Christmases.

Author Sheeley Leedahl, Feb. 3, 2015
Q: What did it feel like to become a published author?
A: At my book launch, I felt like Cinderella at the ball. My goal was to have a book published by the time I was 30 years old and I believe I was 27 when it came out. I felt that was it – I couldn’t believe it had happened. Now, every time a new book comes out, I feel the same. It’s a great feeling and nice to get wonderful reviews, but what makes it rewarding is hearing from readers who truly are able to relate to what I have written.

Tornado hunter Ricky Forbes, March 24, 2015
Q: How dangerous is your work?
A: I relate storm chasing to kind of like the rodeo. A bull rider will go out there with a pretty good idea of how the bull is going to act, but there are always unknowns. I’d say we can predict about 80 per cent of what’s going to happen. We can never say how big a storm is going to be, where it’s going to go or how long it’s going to last. Some could touch down for 30 seconds, others for a lot longer.

Long-time resident Verna Harder, April 7, 2015
Q: Take me back to the olden days. What would you say are some of the major differences to now?
A: I’ve had a lot more advantages than my mother did. I’ve had water on tap ever since we came to Meadow Lake, while my mother didn’t when I was growing up, but eventually she did get water on tap. Indoor plumbing, electricity, automatic washer, dryer – oh, drying your laundry on the line in the winter, that was a real pain.

Teacher Les Sieben, May 26, 2015
Q: What made you choose a career in teaching?
A: I really don’t know. When I graduated from Grade 12, I took a couple years off before deciding teaching was something I really wanted to try out. I received my Bachelor of Education from the University of Saskatchewan, but couldn’t find a teaching job right away. As a result, I took a management training program through Co-op, but after a couple years knew that wasn’t the life for me. That’s when I decided to give teaching another try.

Barrel racer Charmayne Lavallee, June 2, 2015
Q: What horse do you currently ride?
A: I ride Fame Deebar. He’s a 14-year-old registered quarter horse gelding. I rode him throughout the last few years. I had him since he was five years old. Riders have a unique connection with their horse. I spend every day with mine. Every day I exercise him and you learn their style and they learn yours. You kind of click and that’s how it goes.

Blind golfer Gerry Nelson, July 21, 2015
Q: Why is KidSport important to you?
A: I’ve always believed it’s important for kids to have the opportunity to play sports and know how, unfortunately, there are some kids who don’t have that opportunity. That’s why KidSport is so near and dear to my heart. Through my involvement I’ve met a lot of people from Meadow Lake and the surrounding communities.

Fundraising coordinator Julie Dyck, Aug. 6, 2015
Q: Why is the new long-term care facility such an important project for Meadow Lake and the surrounding area?
A: This new seniors’ home is and should be a priority for all of us. Our elders so deserve and need a better place to live. We remain very optimistic there will be funding for the new facility included in next year’s provincial budget, as that is the major factor in the future of this long-term care home.

Green Lake mayor Ric Richardson, Sept. 3, 2015
Q: What’s the best advice you’ve ever received?
A: My family was living in Germany when the Berlin Wall went up. Years later, my father and I watched them tear the wall down on TV. That’s when he said something very poignant to me. He said, “They’re not taking that wall down because we dropped bombs on them or because we shot at them. They’re taking it down because we showed them a standard of living they wanted so badly, they’re taking it down themselves.”

Ice Wolves mascot Cooper, Oct. 1, 2015
Q: Tell me about your early days with the team.
A: There’s been a few things that have kept me in the costume year-after-year. It’s really cool looking over at the bench and seeing our players smiling toward me, and then catching themselves, and quickly turning back stone-faced to try and intimidate the other team. That happens more than you’d think.

Volunteer Gail Watson-Payne, Nov. 26, 2015
Q: Why is volunteering so important to you?
A: I grew up on a farm and I really just think it comes when you live in a small town. It was expected everyone pitched in and helped when there was something on the go. There were fewer events on the go, so maybe people were more willing to lend a hand. Perhaps there was a stronger participation because there were only so many events … if everyone contributes a little bit, it makes things happen quicker.

Hockey coach Darryl Worms, Dec. 10, 2015
Q: Why do you believe it’s important to pass on the knowledge you’ve gained to others?
A: Years ago, people passed their knowledge on to me, so this is my way to give back. I also played ball for 20 years and helped to get a slow pitch league going, and I would take part in the Battle of the Badges hockey fundraiser for the Salvation Army. These are all ways in which I try to give back to the community that’s been so good to me.