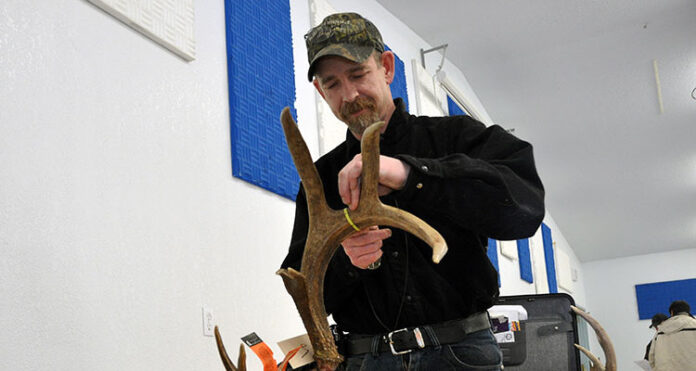 The Meadow Lake Wildlife Federation would like someone to take the bull by the horns or, in this case, the deer by the antlers.

The club’s annual antler scoring event, usually held early in the New Year, did not take place this year. According to club officials, the reason for the cancellation primarily comes down to a lack of interest on the part of potential new members to take on the organizational aspect of this and other functions.

“It’s a matter of finding people who have the time and who are genuinely interested in being active within the group,” explained club secretary Ryan Wilfing, adding club president Layne Shkopich is also very busy to devote as much time to his wildlife federation duties as he once did.

“We’re the guys who should be calling the meetings and recruiting new members, but we’re too busy to do that,” he continued. “It’s like the chicken and the egg – we’re the ones who should be actively finding new people who have the time to get the group back on its feet, but we don’t even have enough time to find the right people for the job.”

In the past, the local antler scoring event always took place a week or so after hunting season ended, which is usually around the second week of December. Wilfing said this fell by the wayside, though, because of how busy people were with Christmas.

“That’s why the event was later changed to a more convenient time – January,” he said.

But, Wilfing added, because hunting season would no longer be on many people’s minds by that time, it was always difficult to generate interest, especially in terms of finding enough interested volunteers to help out.

“Most guys, if they wanted their antlers scored for some sort of provincial award or whatnot, would have done so before year-end anyway,” he said. “They would likely contact an official scorer privately, but we did hold our event as a way to convenience people and as a way to sell memberships. But, in the end, all the work would fall on just a handful of people.”

Wilfing said the club still exists, but is dormant for the time being.

The nearby Dorintosh Wildlife Federation, meanwhile, finds itself in a similar situation.

“We did have an antler scoring night back in December, but we’ve cancelled our annual banquet for this year,” remarked Dorintosh Wildlife Federation vice-president Clifford Dallyn. “We just couldn’t get enough people to come forward and help out.”

Dallyn went on to say most young people move away once they reach working age.

“That just leaves us old fogies,” he said. “I hope things can turn around, but once you stop doing something it’s tough to get it going again. It hate doing it, but sometimes you don’t have a choice.”