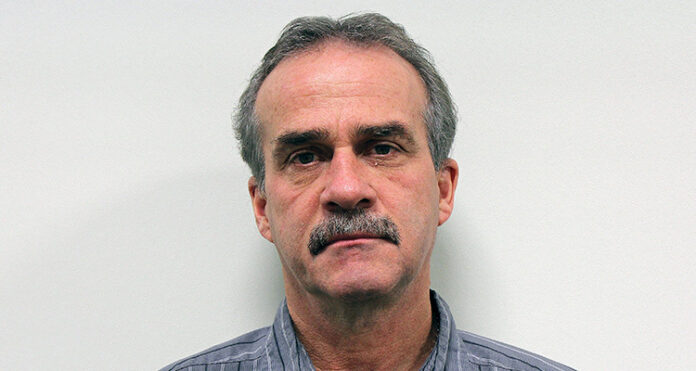 The newest addition to Meadow Lake city council, Kim Chiverton has learned a lot in the last six months. Recently, Kim spoke with Northern Pride about learning the ropes, his family and his career with the Northwest School Division.

Q: What have your first six months on council been like?
A: They’ve been interesting. It was a bit of a learning curve – and still is – as things continue to change. I’m understanding the bylaws and the zoning situations in town, the whole budgeting process, the procedures, what goes on during the meeting and how things are run. A really important part has been the historic context of getting an understanding of how things came to be.

Q: What’s been most surprising?
A: The council really depends on the staff and city manager. Basically, the council serves as governance and the actual day-to-day activities of getting things done is left in the hands of those people in the field. The city manager and city clerk are really busy following up on things and getting things set up. They have a lot of responsibility. I was impressed by the amount of responsibility they have. The interim city manager, Richard Levesque, had his last council meeting with us at the end of February, so I’m assuming Diana Burton is back.

Q: Are you going to run in the municipal election this fall?
A: I probably will – I’ll consider it anyway. I’ll have to see were I’m at in terms of my family and our situation. I have three children in university and I’ll have to see what they’re doing. I’m looking at retirement in the not too distant future, but I’m not sure when.

Q: Why did you decide to join council?
A: I’ve always been quite involved in the community in terms of coaching, primarily in the recreation and sporting side of things like baseball, soccer and hockey. I was really involved in the schools more so, but I didn’t have the time to devote to it. I found at this point with my kids moving out, I thought this was a way I could continue to contribute in some fashion to the community.

Q: When did you move here?
A: I moved here for a teaching position at Jonas Samson Junior High School back in 1989. Previously, I had taught in St. Walburg for one year and after that in Medstead for four years. I went to school there, then went to university and moved back. I loved school when I was attending and I found a way to keep going. The activity, the dynamics of it, the teamwork and being part of something I’ve always enjoyed. To me, it’s the profession.

Q: How did your career evolve?
A: I was promoted to vice-principal at Jonas Samson and I was in that position for a number of years. I moved over to Carpenter High School as principal and then I went back on as regular staff. With a young family, I found the time and resources I had available to me were running out. I moved back into the classroom and I taught at Carpenter for two more years after the principalship. Then, I went back as a vice-principal at Jonas Samson and I stayed in that position until I moved to the information technology (IT) department with the division office about nine years ago. So, I’ve been working at the satellite office at Gateway School ever since.

Q: What’s your role?
A: I’m the educational technology coordinator. I do a lot of the purchasing of hardware, software and licensing. I look after the installations and help out with professional development. I also assist schools in any way I can in terms of technology.

Q: How is the recent major purchase of computers and phones going?
A: It’s been busy more so on the phone end of things – that’s the more IT side of things as opposed to educational technology. Todd Forbes and his crew have been busy with that. Also, just the general maintenance of hardware, software, networks and so forth across the division is always an ongoing and busy task. There are 25 schools and three offices, and maintaining all the hardware is a fairly large task.

Q: Has it been a struggle outfitting older buildings with new technology?
A: There’s been a lot of upgrades and retrofits. Maintenance is involved a lot too in terms of electrical demands. We’re having to recable a lot of things because the schools weren’t designed back in the day for the kinds of demands we put on them now. During the last seven years, we’ve cabled a lot of the schools in the division, upgrading them from Cat 5 and Cat 5e to Cat 6. The capacity is a lot better than it was. Our bandwidth has also increased significantly, so we can accommodate for activity online.

Q: Tell me about your family.
A: My wife, Marika, is also a teacher and we met in Meadow Lake. Our oldest, Leighton, is 23. He’s convocating from the University of Saskatchewan this Friday and he will have a Bachelor of Education degree to go along with an arts degree. He signed a contract to go to England next fall to do supply teaching for a time to try it out. He’s young and it’s an opportunity. It’s a chance to get some experience as well as some adventure. Caia is 21 and she was in the College of Kinesiology at the U of S up until Christmas. This last semester she dropped out and is working full-time with the intent of looking at her options. Ainsley is taking her second year of arts and sciences. She hasn’t decided on what career or direction she wants to pursue.

Q: Does teaching run in the family?
A: For my wife it does. Her mother was a teacher, but she’s retired. My family – not at all. I’m the first one to go this direction. My parents were general labourers and worked in the post office and for the railway.

Q: Was becoming a teacher what you always had in mind?
A: My intent was to become a physical education teacher. I taught as a physical education teacher for two years before I applied for the Saskatoon Fire Department and the RCMP. I went through an eight-month period of evaluative tests with the fire department. They would bring in about 200 candidates and whittle the number down to the final selection. There were various trials and every few weeks we’d have a different sort of physical or aptitude test. I applied for the RCMP and, at that point in time, there seemed to be a glut of members, so they weren’t hiring unless you were who they were looking for.

Q: What do you do to unwind?
A: Our family went to Mexico at Christmas and it was the first time since my wife and I were married we went to a hot spot. It was wonderful having the kids there and we had a great time. We sort of did it instead of Christmas because we’ve been married for 25 years and we’ve always been home or at her parents or somewhere. This was a dramatic change. I loved the weather, although this winter has been so nice it wasn’t that drastic.

Q: Are you a sports fan?
A: I used to do a lot of curling and oldtimer hockey, but I recently had both my hips replaced, so I had to slow down. I haven’t curled or played hockey for a while. Sports was always a big part of my life – coaching and playing. I played a lot of hockey, baseball and fastball growing up. As an adult, when I first start teaching in St. Walburg, I played for the Eagles and competed against the Meadow Lake Stampeders. As I grew older, I continued with recreational hockey.