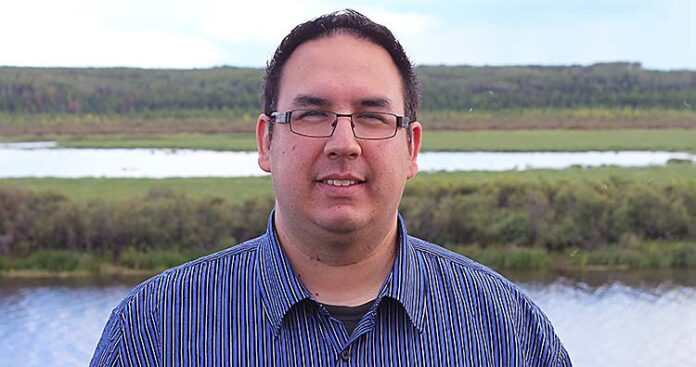 A man with the mentality to get things done, Beauval resident Nick Daigneault has held many roles in the village. Recently, Nick spoke with Northern Pride about his new job as executive director of the Beauval Development Inc., projects underway in the community and his passion for politics.

Q: How long have you been in your new position?
A: Not long. I was working for the Primrose Lake Economic Development Corporation (PLEDCO) and I was there for a couple of years. I left in February to take this position. Officials with Beauval were looking for someone to take on some projects that were piling up, so we got to talking. By that time, I wasn’t on council anymore and I was working full-time for PLEDCO. I said I’d be interested in it and they invited me to apply. This role is more focused on Beauval – and we needed it.

Q: Is this a new position?
A: No. There were other people, but Beauval never really had a strong economic development corporation. Prior to being called Beauval Development, it was called Amisk Development Corporation and that was back when the post plant was around and they got into some forestry ventures. They never turned out and Beauval never took off in the economic sense. On one hand, we never had contracts with the mines or joint-ventures. We want to grow the community, but you need a good foothold in the economic world in order to do that. Otherwise, you’re relying solely on the municipal operating grant. We needed to start making money for ourselves and, back when I was on council, my mandate was to pursue opportunities to make revenue so we could offset some of the costs involved in building up our infrastructure.

Q: What’s keeping you busy now?
A: We’re still working on our community hall and office complex. I feel it’s about 98 per cent finished, but everything has to get done. The next project coming up is renovating the old village office building next door. Initially, we were going relocate it so the lot would have more room for parking. But, we figured it would be big enough because it goes further back but the land drops off. So, we’re going to backfill it and put the parking in the back. It saves us the cost of moving the building and constructing a foundation somewhere else. The two buildings complement each other. We applied for some grants and we believe $150,000 will spruce the building up. It will fix all the things that need renovations. We also want it to look like the hall, so we’ll add metal sheeting so they’ll have the same design elements.

Q: What will it be used for?
A: We have two services moving in there including a young mothers program for families and prenatal women, and KidSport North. We thought those two programs should go hand-in-hand. We also want to put a kitchen program in there because, when they do the prenatal program, they learn about nutrition and cooking for a small child. They need a kitchenette, so they can do things like make their own baby food. We’re also trying to accommodate the people in our community who are asking for better office space. Once we move those services out from where they are now, we’ll renovate those spots too.

Q: Any other things on the go?
A: We’re a partner with the development that’s going to be happening at the Forks as well. Primrose Resources Corporation wants to build an Esso gas station as well as a food service. They’ll be building right at the junction of Highway 55 and Highway 165. We’re selling them the land and, for the sale price of the land, we’re buying shares into the project. We’re trying to accommodate them any way we can to get this project going. In the next few months, they should be breaking ground.

Q: Where did you grow up?
A: I was born and raised here in Beauval. I moved to La Ronge after I graduated in 1999 and went to NORTEP/NORPAC. After that, I got a job with Keewatin Career Development Corporation and I was there for almost 11 years. When I moved back to Beauval, I got a government job in Ile-a-la Crosse and commuted for close to three years. That was tiresome, so I applied for the PLEDCO job and now I’m here. Normally I don’t like to jump jobs so much, but when the opportunity comes you either take it or you don’t and someone else ends up leading the charge.

Q: Why did you decided to become a Beauval councillor?
A: There was kind of a lull when I moved back home and the community needed people to take the lead. I started getting involved before elections. I was on committees and the recreation and CIPI boards. I wanted to be involved in the decision-making, or at the very least, learn what’s going on. I was volunteering my time every chance I got to help with the festivals or recreation events. They always need people and I wanted to bring volunteerism back again leading by example. As I was doing that, people took notice and said Beauval needed more people like me who are willing to help. In 2012, I wasn’t planning on running and someone came to my house and had me sign a paper because they wanted to nominate me as a councillor. When I ran, I ended up getting in and, aside from the mayor, I was the next person with the most votes. I ended up becoming deputy-mayor before I stepped down.

Q: Why did you step down?
A: It’s one thing to sit at a table and talk about what we should do, but on the other side, you need someone to do the work. We had a limited staff, but we’re slowly training people and getting them into available positions. I feel like we’re in a much better position. A few years ago, we only had one certified water and sewer operator and now we have three. We’re still looking for an administrator, but things were always flip-flopping. I thought I can either sit and be a politician or I can help the community with my skill set and take on some of the projects. We really didn’t need more politicians, we needed more people hands-on.

Q: I understand you’re the president of Beauval-Sipisishk Métis Local 37.
A: Yes, in 2013, our community was getting stronger but we noticed the Métis local really needed someone to take charge and attend meetings. The local was largely inactive and we asked numerous times to hold an annual general meeting so we could have an election. We wanted to revitalize the Métis local and get it registered. Our questions went unanswered, so we took it upon ourselves to lobby Métis Nation – Saskatchewan when it was active. Métis president Robert Doucette, treasurer Louis Gardiner and secretary May Henderson came and helped change it. The executive supervised our ongoings with the formalities. We held an AGM, then called an election and I ended up getting in.

Q: What are the perks about living in Beauval in the summer?
A: Most people leave their homes to go on vacation to somewhere that looks like this. Between Sandy Beach, Lac La Plonge and the river system, those are basically our vacation spots. I don’t know why anyone would want to vacation in the city – a concrete jungle. Normally, we have a lot of festivals. We had a small one in July, but between the wildfires last year and turnover with staff this year, we’ve been quite busy with other things. We’re trying to become the hub of entertainment again.

Q: Are you a fan of music?
A: Absolutely. Whenever I pick up a guitar I play country music because it’s the easiest to sing. I play the guitar and keyboard. I used to play for Happy Hour and DC and the Country Boys. Every once in a while I play with the Outlaws. I left the bands and I just play here and there.

Q: What activities do you enjoy?
A: I like to go boating with my family. My dad, Joe Daigneault, has a pontoon boat  and he likes to take people for rides around the lake. He’s our Northern Lights School Division representative. My mother, Marlene Daigneault, was the administrator of the village for 20 years, but she’s semi-retired now.