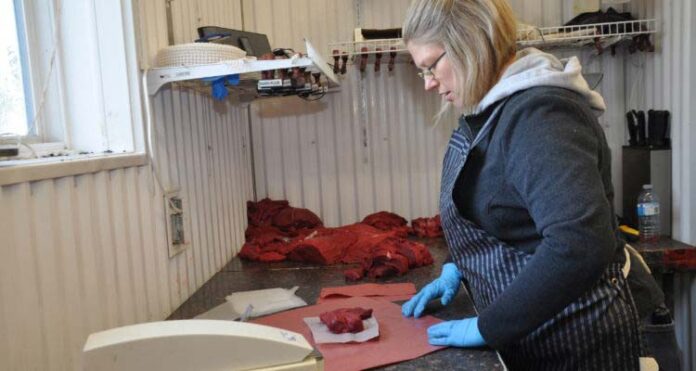 With Mother Nature doing a complete 180 compared to a month ago, hunting season in the Northwest is expected to improve dramatically.

That’s how Rob Tether, area wildlife ecologist with the provincial Ministry of Environment, summed things up recently when describing the varying levels of success experienced in 2016.

“It started off looking really good for migratory birds in September, as well as upland birds,” Tether remarked. “However, the snow that hit early to mid-October changed things considerably. A lot of the migratory birds headed south earlier than usual, which impacted hunting in this part of the province. But, the upland birds such as grouse remained and that made for a good year in the Meadow Lake area. People have been seeing a fair number of upland birds and many hunters were able to get close to their limit with them.”

As for white-tailed deer, Tether said even though overall numbers are still below the long-time average, there has been an improvement.

“Hunters can expect a reasonable opportunity this season as far as deer are concerned,” Tether said. “Archery and muzzle loader season started a little while ago, while rifle season began Nov. 1. But, you don’t always hear of a lot of guys shooting anything in the first week or so because they’re still checking things out. With moose, it was also a good season for the first couple of days (the season on bulls opened Oct. 15) because the snowfall helped hunters to better track the animals. In the forested areas, though, it was more detrimental because access to many of the trails had been closed off. Now, with nicer weather, people will be able to get back out there.”

Elk, meanwhile, is the one animal Tether said he hasn’t heard much of this year.

“Again, the early snowfall probably shut a lot of people down and there is no late season for elk until December,” he added.

One local hunter who has had his fair share of success this season is Meadow Lake area resident Donald “Bud” Ronald.

“Hunting season has been good for us – we got two bulls already,” Ronald explained. “We only get two weeks for them, though, two weeks early, two weeks late. We were pretty successful. Every year we get two, three or four moose between six of us. There are a lot of moose around, but I’m not going to say where I got them.”

Ronald has been an avid hunter his entire life and currently hunts with his sons, Dalton and Scott, as well as a few of his friends.

“We’ve always hunted,” he said. “When I was a kid there was nothing else to do – there were no cell phones or anything like that, so we headed to the bush and went moose or deer hunting.”

“It’s going pretty good – I’ve been seeing lots of doe and the odd little buck,” he noted. “It’s probably been a little better this year than the last couple. I get out a couple hours a day, but so far  haven’t done a lot of shooting yet. I’m just seeing lots of game.”

Someone else who has been seeing a lot of game is Rapid View area butcher Jonathan Stevenot.
“It’s been very good for us – we’ve kept very busy from the start of August right up until now,” Stevenot said. “In terms of wild game, we’ve probably received close to 200 since that time on top of the domestic animals we also receive. We have eight staff here, and we’ve all been working steady six days a week. We’ve received everything from deer to elk and to moose, and the amount so far it seems to be on average with a typical hunting season.”