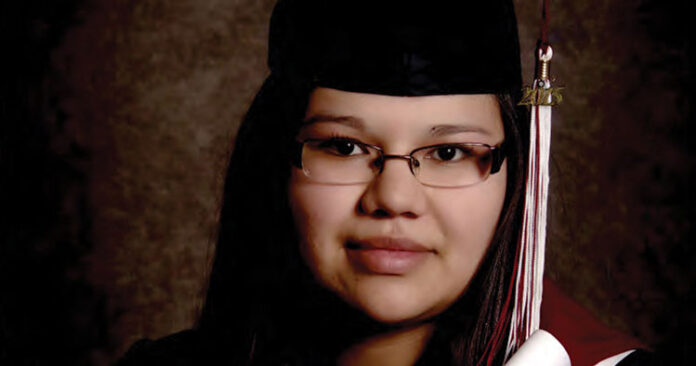 *UPDATE* RCMP have reported Nicole Wolfe has been located safe and sound.

Nicole Wolfe of Makwa Sahgaiehcan First Nation was last seen five days ago after travelling with her brother, Loewen Wolfe, to Meadow Lake. According to police, she hasn’t been in touch with family since arriving in Meadow Lake, which is unlike her. It’s believed she has contacts in Pierceland and St. Walburg as well.