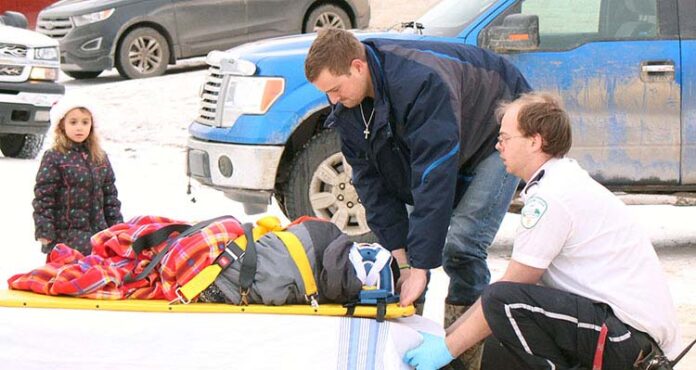 A young person was struck by a northbound vehicle along 5th Street West in Meadow Lake shortly after 3:30 p.m. Dec. 21.

Northwest School Division communications officer Kaitlin Harman confirmed the victim is a male student from Gateway Elementary School and, as of press time, his parents were following up at the Meadow Lake Hospital.

According to firefighter Jason Schenk, who responded to the incident, the victim is 10 years old. He didn’t know the extent of the boy’s injuries, but said he was responsive.

RCMP Cst. Stacy Marsden said the child was crossing the road and the vehicle couldn’t stop in time. She stated the victim is in stable condition and no charges will be laid.