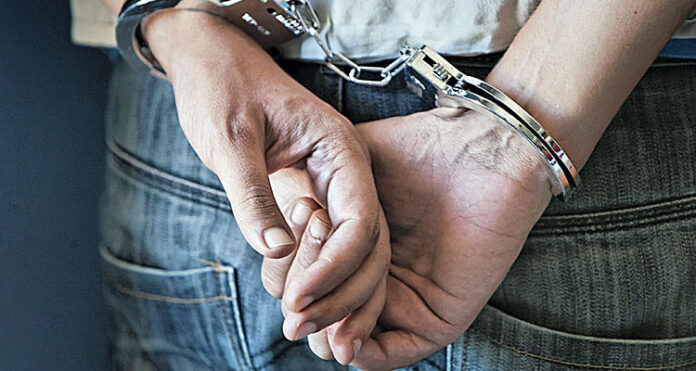 It’s time to cut down on crime.

That’s the consensus of the provincial government and the key motivating factor behind a recently formed caucus committee on crime reduction, which made its way to Meadow Lake earlier this week.

“We’re here with the caucus committee looking into possible solutions to curb some of the crime going on in the province,” stated committee chair Herb Cox at Meadow Lake MLA Jeremy Harrison’s constituency office Jan. 23. “The committee has been struck with members from all corners of the province, as well as the two main centres, and we’re out here to listen, to try to hear what the issues are in each individual area.”

Meadow Lake was only the fourth stop on a 10-community tour during which time the committee met with the RCMP and other stakeholders about what their crime-related concerns are. Their findings will be included in a report, which will be presented later this year.

“We had some excellent conversations with the RCMP,” Cox continued. “It’s certainly not all about more police presence. They talked about visibility and I understand they have a very heavy workload here with taking care of prisoners from other areas, but these are just some of the things we talked about. We also looked at solutions going forward.”

Cox went on to say many of the centres the committee has visited so far, including Meadow Lake, have identified the underlying cause of many crimes to be drug-related.

“Whether it be gang activity, people on drugs making bad decisions or people committing break-and-enters to get money to support their habits, that’s what we are hearing,” he said. “It seems to be a common thread in most places.”

While Cox would not divulge the potential solutions discussed, he did reiterate the committee was tasked by the premier to write a report and make some recommendations on what they feel would be the best way to hep solve problems both in the rural and urban areas.

“It’s premature for us to judge what direction we’re going to take,” he noted.

Harrison, meanwhile, said the government is very committed to doing whatever it can to reduce crime in the province.

“The committee is travelling the province right now hearing feedback from stakeholders, municipalities, the RCMP – who were in this morning – and we’re going to be hearing from more folks in the afternoon,” the MLA remarked. “We’re taking all of that feedback into account on what we can do better, what we can maybe do a bit differently, what we’re doing right – all of those sort of discussions. We had a really good presentation from the RCMP this morning that’s going to be really important in informing the government on perhaps what we can do better.”

Harrison also said there will always be challenges when it comes to addressing crime.

“There are ebbs and flows depending on local circumstances,” he said. “The RCMP do a really good job in managing what can be challenging circumstances. I think they’ve done a good job here in Meadow Lake. But, we do have crime challenges here – there have been gang issues in past instances and I think we have some challenges on that front right now too. We have to be aware of that and address it in a thoughtful way.”

While Meadow Lake RCMP S/Sgt. Tim Sartison is not at liberty to discuss the details of Monday’s meeting, the RCMP’s divisional media relations unit did state, “We welcome any opportunity to improve the service we provide to the people of Saskatchewan and welcomed the opportunity to participate in the process.”

In a recent report Sartison made to Meadow Lake city council, however, there were fewer incidents reported in the city alone for 2016 compared to the year before. In total, 5,509 incidents were reported in Meadow Lake opposed to 6,074 in 2015.

Of this overall number, however, there were specific areas that saw an increase when compared to last year. The number of reported assaults rose from 240 to 333, while sexual offences increased from 37 to 78.