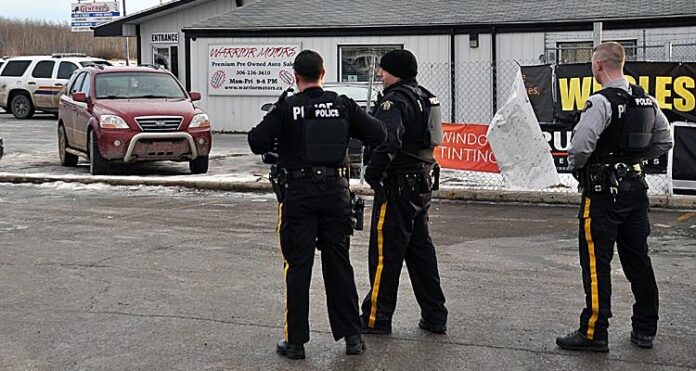 The North Battleford Provincial GIS and a Serious Violent Offender Unit was also able to assist.

Seven subjects have been taken into custody and a quantity of controlled substances and other evidence has been seized so far.

RCMP believe this will continue to be a long-term investigation and the execution of these warrants is only another step in the process.

Police remain on scene at both locations and expect this to take many hours to finish. The RCMP appreciate the public’s cooperation and support shown so far in this matter.