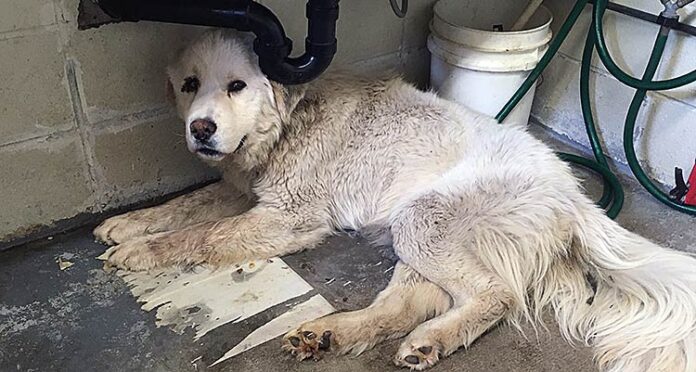 Due to the efforts of RCMP officers in the Northwest, more abused animals are receiving a new lease on life.

That’s according to DVM Dick Nitschelm of Meadow Lake’s Woodland Veterinary Clinic who’s treated more neglected animals in the last 12 months than usual. Nitschelm attributes the rise in cases to police officers, noting on April 16, a Mountie from a northern community dropped off a dog that was close to death.

“It was just laying in the ditch and probably has distemper,” Nitschelm stated. “It’s a viral disease and it attacks the intestines, then travels through the body and affects the brain.”

While the dog is responding to Nitschelm’s care, he noted it could have been one of many cases nobody gets to see. Nitschelm noted in recent months, he also treated another dog with wounds to its neck due to an embedded collar. He added, if an officer hadn’t stopped to pet the dog, it likely would have gone unnoticed.

According to Nitschelm, a large amount of animal abuse cases he attends to come from outside the community. He went on to say it’s also not uncommon for young teachers who move to the region suddenly find themselves caring for multiple dogs.

“In no time, they have a few dogs because they can’t push them away,” Nitchelm added.

Officials at the Meadow Lake and District Humane Society have also noticed an increase in animal abuse cases. In the last year, humane society president Jillian Doucet said the shelter responded to nearly 10 cases. She also stated RCMP officers have been more proactive on the issue and she’s appreciative for their efforts.

Doucet said more people are facing charges for abuse than ever before. She believes those charges are setting a precedent and hopes more people will realize animal abuse is a crime and there are consequences.

“It’s hard emotionally on our volunteers because we have a lot of animals who come in and some aren’t in the best shape,” Doucet remarked.

She added, if the public witnesses abuse, they’re encouraged to contact Animal Protection Services of Saskatchewan (APSS). The organization conducts cruelty investigations and those who submit a complaint will remain anonymous. In a typical year, APPS receive 600 complains of which up to 60 per cent are about dogs, 20 per cent to horses and 15 per cent to cattle.