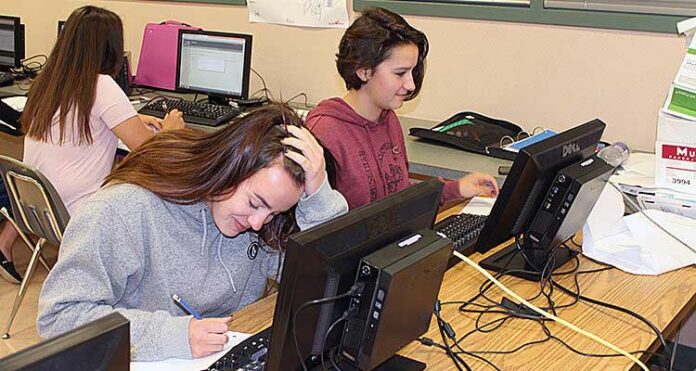 Students returning to class with the Northwest School Division’s French immersion program have a set of new challenges.

When the new school year began last week, Jonas Samson Junior High School (JSJH) was still without a Grade 7-9 French teacher after Caitlin Campbell left on maternity leave. The division is currently advertising the position, as well as two others in native studies and band. According to superintendent of education Terry Craig, teachers will be hired once suitable candidates are found.

“We did have some people lined up for French immersion, but unfortunately they chose to do other things and we didn’t find out until later on in the summer,” he said. “That made it difficult to fill the position, but we’re looking at some options. We are searching for a teacher to step into that role as soon as possible. As soon as we do, then we’ll continue with instruction in French immersion.”

Also this school year, six students in the program have entered Grade 10 and now take classes at Carpenter High School. But, because the board of education decided not to hire a French instructor to teach them, they’re taking classes via the Saskatoon Catholic Cyber School.

“They’re doing the online class during a specific block of time,” Craig stated. “We thought this would be a good bridge for this year, then the board will look at it for next year and see where we go.”

Those in Grade 10 are currently taking Math 10 online, but they’ll also take three other classes together including History 10 and 20, and tourism. Jennifer Wilfing currently has daughters in Grades 7 and 10, and she said they’re hoping for the best.

“We just have to have faith in the school division because we know they’re doing the best they can,” Wilfing said. “When the Grade 9s move into Grade 10, there will be a large amount of students so hopefully they can get a teacher for next year. It is a struggle to find French immersion teachers in our area because they’re in demand across the country.”

Wilfing added the school division is paying for the extra online classes, adding school administration registered them without assistance from parents. She also said there was a limited amount of classes to choose from and they needed to determine what would be best for the students.

As for her daughter at JSJH, Wilfing is hopeful she’ll also get the best experience possible considering the circumstances.

“They have a sub at the moment and she’s going to try do some vocabulary with the students, as well as social studies and science in French,” she commented. “At least they will get a little bit of French.”