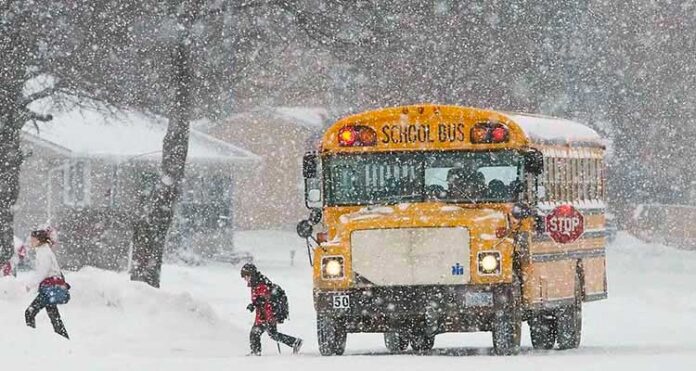 Some students riding the bus to school in Meadow Lake have been advised they now need to walk instead.

New urban bus routes went into effect Nov. 24 after some parents were advised their children will no longer be able to use the service. One such parent is Tayla Saunders, who was informed she would need to find alternate transportation for her five-year-old daughter, Layla. She’s a Kindergarten student at Lakeview Elementary School and Saunders believes she’s too young to walk alone.

“My husband leaves for work in the morning and I have a three-month-old baby with me,” she said. “We don’t have a vehicle right now, so our daughter gets walked to school from where we live. When you don’t have transportation yourself, the bus is really helpful and it sucks it’s not available to us anymore.”

School division officials, however, believe they’re providing an adequate service to local students. According to NWSD communications officer Kaitlin Harman, the update was supposed to be made sooner, but occurred now because it took longer this school year to get organized.

“We had a couple of staff turnovers and it ended up delaying the process,” she explained. “Depending on the number of students who apply for bus passes, and where they live, that can change where the bus stops are because we try to make them central to students.”

Harman went on to say the update is in line with eligibility requirements put in place in 2016. That means those who live closer than 1.0 and 1.2 kilometres from Gateway Elementary School and Jonas Samson Junior High School, respectively, won’t be allowed to take the bus, while those closer than .6 kilometres to the other schools will also be denied service. No students from Carpenter High School are allowed to use the bus.

Saunders would like to see those rules changed, especially for younger students. She also would have liked to have been notified sooner, adding two days weren’t enough.

“She (Layla) hasn’t made a ton of friends yet because this is her first year going to school,” Saunders said. “I also don’t know anyone from around the block who could walk with her.”