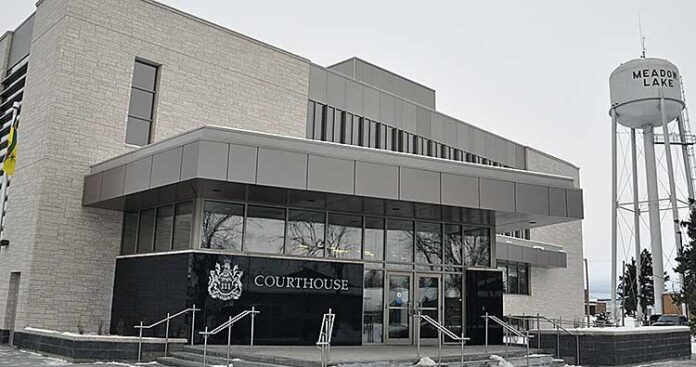 Cody Coverchuk will be allowed to return to work.

This was ordered by judge Jeremy Nightingale Monday (Jan. 21) during Coverchuk’s scheduled court appearance in Meadow Lake to answer to two counts of failure to comply with a recognizance, one count of possession of cocaine for the purpose of trafficking and one count of possession of methamphetamine for the purpose of trafficking. The charges date back to Dec. 14 when Coverchuk was arrested following a traffic stop near Loon Lake. Coverchuk himself did not appear in court Monday, but was represented via telephone by his lawyer, Lisa Trach.

“I’ve e-mailed the Crown with regard to a potential amendment to the recognizance that would allow Mr. Coverchuk to return to work before his next court appearance,” Trach remarked.

The recognizance in question was dated Dec. 17 and, according to Trach, Coverchuk would essentially remain under house arrest if the court did not approve the amendment. Coverchuk is employed by Surerus Pipeline Inc. and works at the company’s Horizon North camp near Fort St. John, B.C.

Trach also said, although it’s within Coverchuk’s bail supervision officer’s discretion to allow him to attend work, she wanted to receive direction from the court when it came to this particular case because of the fact the work camp is located in a different province.

Gerald Perkins, who is representing the Crown in this matter, did not take issue with Trach’s request, while Nightingale ultimately agreed with the proposed amendment and adding to the recognizance so it now allows Coverchuk to travel to British Columbia, “for the purpose of employment with Surerus Pipeline Inc. at its camp near Fort St. John known as Horizon North.”

When Coverchuk was stopped by members of the RCMP’s F Division Crime Reduction Team last month, it was discovered the 24-year-old was actively subject to court ordered conditions as a result of charges laid by Lloydminster RCMP earlier in 2018. Coverchuk was violating a number of those conditions and was subsequently arrested. Further investigation led to the discovery of 21 grams of suspected methamphetamine and 20 grams of suspected cocaine.

Coverchuk’s next court appearance is scheduled for Feb. 4 in Meadow Lake.