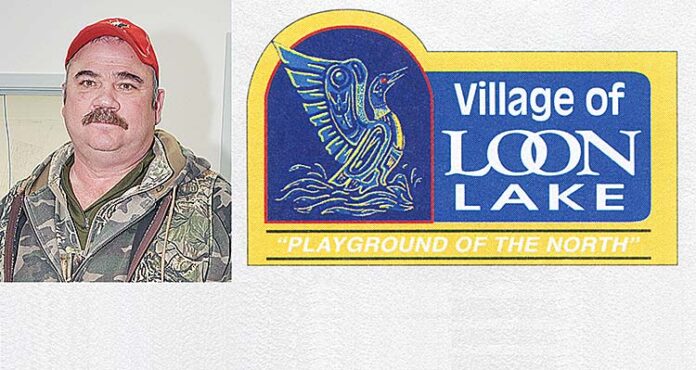 After more than a decade, Larry Heon is no longer a member of Loon Lake village council.

Heon, who was first elected to council in 2006, served as mayor since 2009. Prior to Christmas, however, he abruptly resigned from the role, as well as from his position as Loon Lake fire chief.

“I just needed a change… it was time,” Heon told Northern Pride. “I have a lot of personal stuff to deal with, but for the time being I’m just going to take things easy and see what comes up.”

According to village administrator Erin Simpson, there was some talk about Heon possibly resigning but, when he actually did, it came as a surprise to council and staff.

“He resigned over Christmas and it became official Jan. 1,” she said.

Simpson also said Heon’s departure has resulted in the need to hold a by-election. Potential candidates have until 4 p.m. Feb. 13 to submit the necessary nomination papers if they are interested in assuming the community’s top job. The vote itself is scheduled for March 20. All nomination forms must also include a current criminal record check.

Meanwhile, deputy-mayor Les Sieben will serve as acting mayor until Heon’s official successor has been determined. The next regular municipal council election for the Village of Loon Lake is set for 2021, but, come March 20, Simpson still encourages as many ratepayers as possible to get out and vote.

“It’s always nice if we can have a great voter turnout,” she said.

When asked if he had any words of advice for whoever the next mayor turns out to be, Heon said he or she should simply be mindful they are doing the right thing for the community.

“Take a good look at everything and try to spend the little bit of money the village does have for resources wisely by putting it in the right spots,” he said.

In closing, Heon also said he’s uncertain if a return to council could be in the cards for him going forward.

Overall population up throughout Northwest