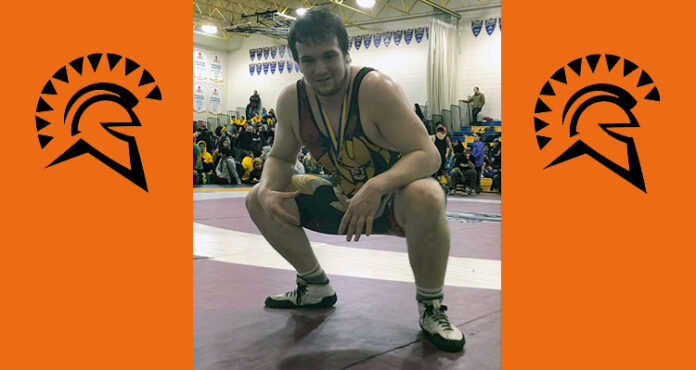 After a tremendous 2018 season, the Carpenter High School Spartans wrestling team continued to dominate the competition at the first major tournament of the 2019 campaign. Four of the seven local athletes who travelled to Regina this past weekend to compete at the O’Neill Titans Wrestling Classic brought back medals – including three gold and one silver.

Guenther went on to say he is very pleased with the performances shown by all his wrestlers, adding the O’Neill Titans Classic – hosted by Archbishop M.C. O’Neill High School – was one of the best tournaments he’s attended in some time.

“In terms of how well organized it was, the tournament was flawless,” Guenther said. “Everything was wrapped up by 3 p.m. Saturday… it just seems to get better and better every year.”

Fellow Meadow Lake wrestling coach Chris Brownrigg, meanwhile, said all the CHS competitors wrestled with heart and capitalized on feedback from their cornermen to improve their effectiveness from one match to the next.

“We are a smaller team this year in terms of numbers, as many veteran wrestlers have graduated,” Brownrigg said. “Logan Boser, Gabe Regnier, Parker Vandale-Niccolls and Jacob Ambroziak are in their final year of high school wrestling and have grown into leaders who are helping the rookies learn the ropes. We are still looking for many new athletes to join the team for this year’s season as we make a run to defend our provincial championship.”

Brownrigg said he encourages boys and girls in Grades 9 and 10 and of all skill level to join wrestling.

“It provides great fitness and agility for many other sports and we have a lot of fun going to tournaments,” he said. “I’m excited to see who will be our leaders as the program continues to grow.”

This coming weekend, CHS is scheduled to compete at the Warman Scratch and Claw event.

“It should be a good tournament,” noted Guenther. “It’s not open to all the teams. The focus is on rural teams, which should be good for giving our rookies a competitive advantage. It’s also become such a popular tournament, this year they’ve extended it to two days.”