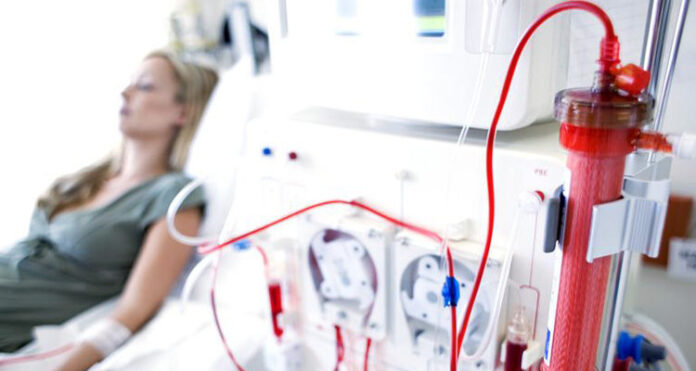 “This is a good news budget for Meadow Lake.”

That’s how Meadow Lake MLA Jeremy Harrison sums up the 2019 provincial budget, tabled in the Legislature last Wednesday (March 20), when it comes to the benefits people in his riding will see begin to take shape throughout the coming year.

“Of course there’s the $12 million for the new Northland Pioneers Lodge we already discussed (see last week’s Northern Pride for the full story), but the people of Meadow Lake and area will also be able to benefit from dialysis expansion at the local hospital as well,” Harrison said. “This is a significant development for people who utilize that service. In the past, they would have to travel to larger centres for dialysis treatment, but soon it will be available right in Meadow Lake.”

“We’ve been discussing the idea of expanding the service for some time, and now we’re able to move forward on that idea,” Harrison added. “It will serve up to two dozen clients, which is quite an achievement in health care for not only patients from Meadow Lake, but other parts of the Northwest as well.”

According to Dr. Gavin Van de Venter – chief of staff at the Meadow Lake Hospital – the implementation of a dialysis service in Meadow Lake is still in the early stages and research is still being done to determine where exactly the treatment will be offered.

“It’s definitely coming – hopefully in the next six months or so – but dialysis needs high volumes of water and a special filtration system to ensure the right water constitution to work properly,” he noted. “It might be offered at the hospital or it could be someplace else in town, as we’re not sure if the hospital itself could accommodate it.”

Either way, Van de Venter is pleased to know the service will finally be available locally.

“Right now, so many people need to travel to the city (Saskatoon) for dialysis,” he said. “It becomes a full day for them and they’re doing this three days a week. Having dialysis offered in Meadow Lake is something we’ve been working on for years – it’s always been on our radar, but it was a matter of all the pieces coming together.”

In addition to access to dialysis treatment, the 2019 provincial budget also includes a number of highway and safety improvement projects including one at Flying Dust First Nation.

“A pedestrian crosswalk will be developed across Highway 55 to improve safety for people crossing from one side of the First Nation to the other,” Harrison noted. “We also have planned enhanced intersection safety measures for the intersection at Highway 55 and the Co-op fertilizer plant just north of Meadow Lake, Highways 55 and 155 in Green Lake, as well as an intersection in Goodsoil.”

However, one person who is unimpressed with what the province announced last week is Athabasca NDP MLA Buckley Belanger.

“Once again we see very little interest by this government in northern Saskatchewan,” Belanger said. “I’m an optimist and our people in the North are resilient, but there’s nothing here. It would have been nice to see some investment made in highways, but there isn’t.”

Belanger went on to say, when the NDP government was in power, the premier of the day told his MLAs to govern for all.

“When you govern, you need to govern for all because that is what shows great leadership,” he said. “But, when it comes to the Saskatchewan Party government, the North is completely ignored.”