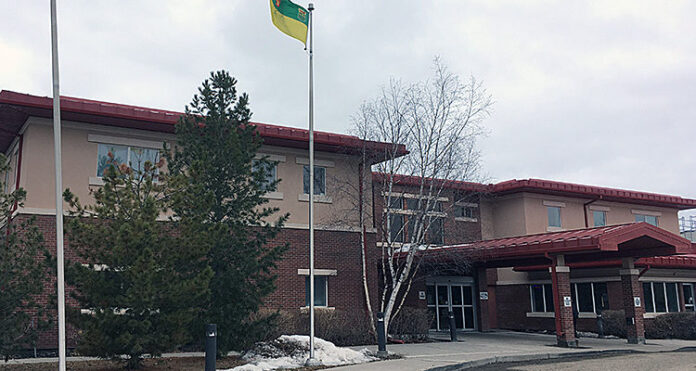 Meadow Lake could once again be facing a heath care crisis with the impending departure of several doctors.

Dr. Gavin Van de Venter – chief of staff at the local hospital – confirmed six doctors and one nurse practitioner will depart Meadow Lake between May and the end of August, leaving a substantial shortfall in the level of service patients have come to expect.

“They all have good reasons for leaving,” Van de Venter said. “These are people who came to Meadow Lake from other areas, who had contract agreements with the health authority, have completed those agreements and have now decided to move back to their home towns.”

Meadow Lake currently has 13 doctors and four nurse practitioners who work at both the hospital and the downtown clinic. While two new doctors will arrive by September via the SIPPA program for international medical graduates, Van de Venter said this will still leave five vacancies.

“(Without the graduates) it leaves us with only seven doctors and we need at least five to run the ER at the hospital effectively,” he said. “That doesn’t leave us much to run the clinic and other services we provide.”

According to Doug Dahl, a spokesperson for the Saskatchewan Health Authority, the SHA is working with its partners – including physicians and community leaders – to ensure as many patient services as possible can be sustained safely and appropriately.

“Meadow Lake’s physician complement consists of a mix of family practitioners, and family practitioners with additional training and skills in surgery or anaesthesia,” Dahl continued. “Two of the departing physicians have these special skills and privileges. Of the seven remaining doctors, two have the additional anaesthesia training and privileges; one of these physicians has C-section privileges. None of the remaining physicians will be able to do scopes and minor surgical procedures.”

Both Van de Venter and Dahl said efforts are ongoing in an attempt to address the impending crisis.

“We’re right in the middle of figuring out what to do,” Van de Venter stated. “We’re working hard to recruit more doctors, but there are many obstacles in the way – some of which are unique to Meadow Lake and others which are experienced by all small towns in Saskatchewan. It has been a struggle, but both the health authority and the Ministry of Health are involved.”

“The SHA and its partners are already working hard and doing a number of things to recruit new doctors on a short term (locum) and long-term basis,” he said.

In the meantime, Van de Venter is asking the public to be patient.

“Our priority will remain the emergency department, which means all other departments will suffer a little bit,” he said. “People need to be patient and to perhaps make alternate plans like booking medical appointments in places like North Battleford until we can sort things out. We, along with the health authority and the government, are taking this very seriously.”