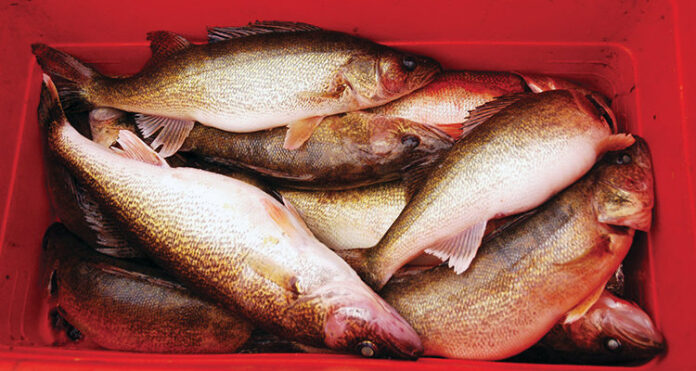 There are plenty of fish in the sea.

At least that’s how Jacques Chartier, a commercial fisherman from Saskatchewan’s northwest, feels and also why he believes the province needs to better balance the limitations it places on the number of fish that can be harvested in a given year.

“The limits they put on the different species of fish need to be upgraded because they’re really off kilter,” Chartier said. “The provincial limits are too small on some species when compared to others, and once the smaller limit has been reached they close the lake (to commercial fishing) even if the limit on the remaining species hasn’t been met.”

Chartier would like the Ministry of Environment to readjust these limitations because he finds the restrictions put on northern pike are much too low when compared to the limits placed on whitefish or pickerel (walleye).

“The way it is now is just too lopsided, and something needs to be done because, for a lot of people in the North, fishing is the only real economic source we have on the west side,” he noted.

According to Brandon Demuth, a fisheries biologist with the Ministry of Environment, species limitations are put in place for a reason and vary from one body of water to the next.

“The quotas set throughout the lakes in the Northwest are specific to the lakes themselves and to the species themselves,” Demuth said. “Fishermen are targeting primarily whitefish, pike and walleye, but this is definitely not something we can place a blanket quota over in terms of the entire region. Each lake is special in its own way and a lot goes into determining what each quota will be.”

In addition to scientific studies, the ministry also takes into account commercial fishing records and, each year after the harvest is complete, the lakes are reassessed to determine what the quota should be going forward.

“We also do our best to communicate with the communities, but also with the commercial fishing co-operatives,” Demuth said. “We collaborate with them all to come up with the best solutions that will allow them to harvest, but also maintain species levels at the same time. We try to create economic opportunities for them because we understand how important fishing is to the northern economy, but if they over-harvest, sure they might make a lot of money one year, but there won’t be much left to sustain that in subsequent years.”