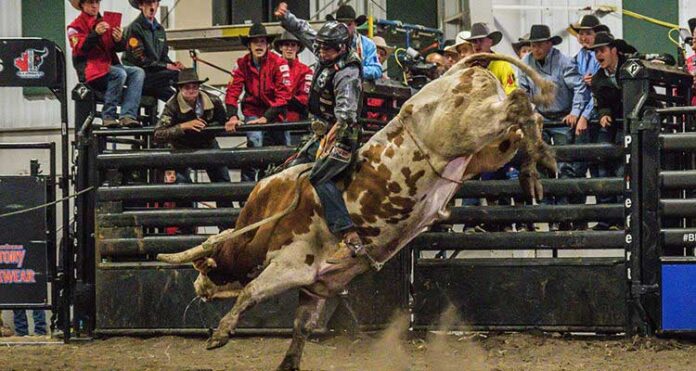 Cody Coverchuk is back.

Although he took to social media earlier this year to announce what appeared to be his retirement, the Meadow Lake cowboy is back in the chutes. This past weekend, Coverchuk finished first in the long go at Pro Rodeo Canada’s ‘A Night at the Ranch’ bull riding event in Innisfail, AB.

Coverchuk earned 85 points and top spot on a bull named Wounded Warrior to gain $1,754 in prize money, while a second-place finish in the average secured him another $1,452 for total earnings of $3,306.

Last fall, Coverchuk won the 2018 Professional Bull Riders (PBR) Canada Championship, punctuating the fiercest title race in the organization’s history. Although he remains a PBR champion according to the record books, the organization suspended Coverchuk indefinitely when criminal charges were brought against him in December.

This season, Coverchuk has entered rodeos on both the Pro Rodeo Canada and Bull Riders Canada circuits.