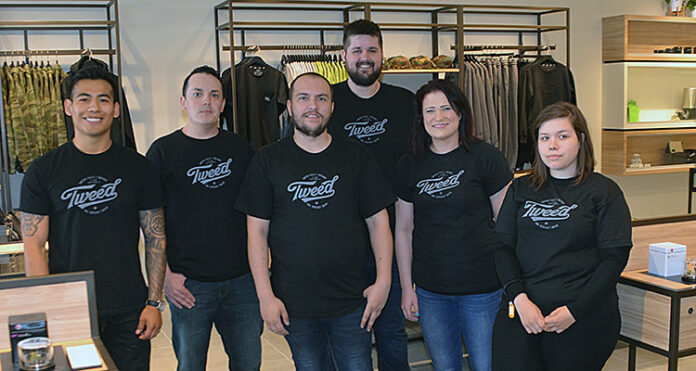 After a series of delays due to permit issues, and following much anticipation from potential patrons, the Tweed store in downtown Meadow Lake officially opened its doors to the public this morning (May 23).

Canopy Growth Corporation – the Smiths Falls, ON company that owns and operates Tweed stores at various locations throughout Canada – originally expected to open its cannabis retail outlet at 101 Centre St. back in February, but, according to company officials, late is better than never.

“We’re proud to be selected as a trusted partner in Saskatchewan and look forward to building our retail presence across the province,” noted Canopy Growth president and co-CEO Mark Zekulin in a recent press release. “This new site is the next step in stretching our retail footprint across the country and cementing our commitment to a strong presence in Saskatchewan.”

The store is open Monday to Saturday from 10 a.m. to 10 p.m., and Sunday from 10 a.m. to 6 p.m. It has created between 10 and 12 local jobs and offers customer a wide array of Tweed apparel and cannabis-related products and accessories. Canopy Growth officials also said Tweed plans to become an active part of the greater Meadow Lake community.

Last year, shortly after the government announced Meadow Lake would be eligible for a retail cannabis permit, city council approved allowing this to go forward locally provided whoever the successful applicant was open the shop within the downtown core.

For the full story, see next Thursday’s (May 30) edition of Northern Pride.