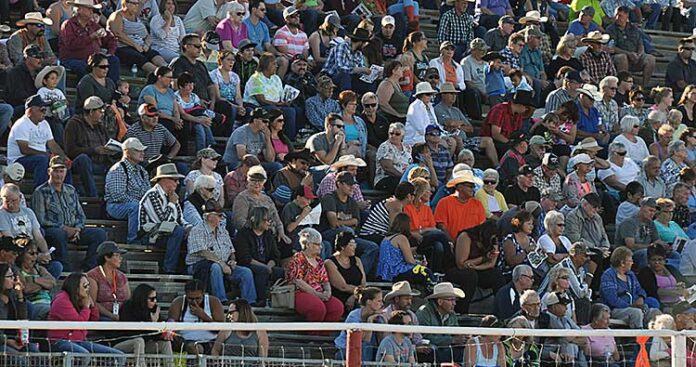 During Monday’s (May 27) meeting of Meadow Lake city council, a two-part motion was passed stating council would not support a standalone grandstand at the current Stampede Grounds location, but would support the development of a multi-use community facility at the site, which would incorporate a new grandstand into its design. Administration was also directed to investigate the feasibility of and community support for such a proposal.

The future of the Stampede Grounds came into question more than a year ago when the current grandstand was closed to the public for safety reasons. Shortly thereafter, a committee was formed with the goal of raising funds to build a new grandstand, but until Monday council’s plans for the site itself remained unclear.

“I do think it’s pretty clear everyone agreed a standalone facility over there is not feasible for anybody,” remarked councillor Curtis Paylor.

Originally the two-part motion was in fact two separate motions. Before council ultimately decided to put them together, councillor Glen Winkler was more so in favour of simply not supporting a standalone grandstand at the current site.

“I think (the other motion) commits us to a joint-use facility and that’s a long road we haven’t really talked about,” Winkler said. “For me, it clears the air to say a standalone grandstand on that property is not a good investment for the city and we would look at a larger plan. To get that right it’s going to take a while, a lot of consultation and the involvement of all the potential user groups. They need to understand it’s a very drawn out process and it won’t happen quickly… I don’t think we should lead people to think we’re going to be pouring cement tomorrow.”

Acting mayor Merlin Seymour said all potential user groups need to get together to discuss next steps.

“Whether it be the grandstand committee, the Boreal Recreation Centre group, the tennis club, minor ball so they could use it in the early spring time, Flying Dust, there are a number of potential user groups,” Seymour stated.

Seymour also said the current grandstand will be dealt with sooner rather than later in terms of demolishing the decades-old structure.

“This isn’t going to be entirely up to council to come up with this idea (for a multi-use facility),” Paylor added. “I say we strike an ad hoc committee and move forward. We need to get everybody involved.”

Seymour, meanwhile, reiterated passing of this motion doesn’t mean council is indeed going ahead with the project.

“It means we’re going to look into it and see if we are able to partner with our community,” he said.

Winkler agreed, stating if the grandstand committee is not happy with the decision, they still have the option of using the track and bringing in portable stands like they did for last summer’s World Professional Chuckwagon Association (WPCA) races.

“At this point it all sounds good, but we have to get it done,” stated grandstand committee chair Dustin Gorst when contacted following the meeting. “They (council) see value in keeping the race track there. As for a multi-use facility, the grandstand committee will certainly continue to do its small part to help, but we can’t do it all. This project is bigger than the grandstand committee, but it should work for us. We will just have to see where it goes from here.