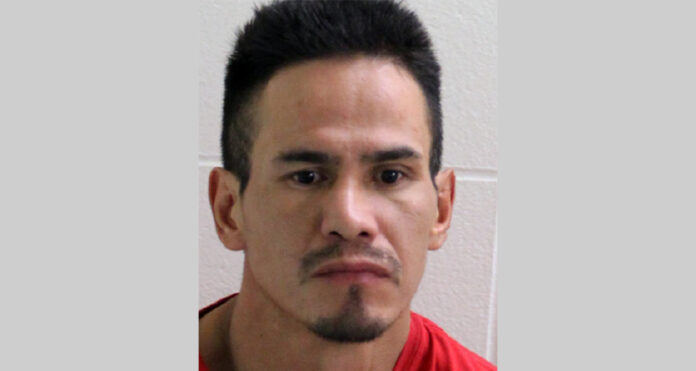 Saskatchewan RCMP is asking the public for any information on the whereabouts of 38-year-old Jonathan Dufraine. Dufraine is wanted in relation to the death of Zane Kiseyinewakup, which occurred Oct. 2 in the Big Island Lake Cree Territory in Saskatchewan.

Dufraine has an outstanding warrant for his arrest and has been charged with one count of manslaughter contrary to Section 236(a) of the Criminal Code.

Dufraine is considered to be armed and dangerous. If you see him, do not approach. Call 911 immediately.

Dufraine’s last confirmed sighting was Oct. 2 in the Big Island Lake Cree Territory. He is described as 5’6” tall, 130 lbs, with short, black hair and brown eyes. He was last seen wearing grey jogging pants, a black sweater, a red ball cap with a black brim, black shoes and a red bandana tied around his neck.

Dufraine was last seen travelling in a grey 1996 Chevrolet Lumina four-door car, with Saskatchewan license plate 077 LPV. The vehicle has yet to be located. It is unknown what vehicle Dufraine may be driving at this time.

The Saskatchewan RCMP Major Crimes Unit has taken carriage of the investigation with assistance from Pierceland and North Battleford RCMP.

All Saskatchewan RCMP officers continue to be on the lookout for Dufraine.

If you see Jonathan Dufraine, do not approach. Call 911 immediately. If you have any information concerning his whereabouts, call your local police detachment. Information can also be submitted anonymously through Saskatchewan Crime Stoppers at 1-800-222-TIPS (8477), or online at www.saskcrimestoppers.com.