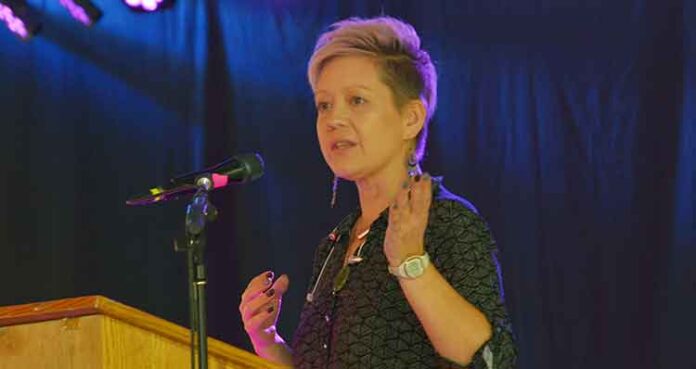 Hope never fades for the Door of Hope in Meadow Lake.

The annual Meadow Lake Outreach Ministries fundraiser, held Friday (Nov. 1) at the Meadow Lake Civic Centre, has been deemed a success by organizers, as more than 130 people were on hand to show their support for a number of local initiatives designed to provide help to those in need.

“Initially, this event started out as an annual fundraiser for the Door of Hope, but Meadow Lake Outreach Ministries has added so many other departments over the years it’s sort of grown into a fundraiser for all of them,” explained executive director Natanis Davidsen.

Davidsen went on to say close to $16,000 was raised at Friday’s event, which included dinner, a silent auction and more.

“Traditionally, however, money continues to trickle in for about a month or so after the event itself,” she added. “Sometimes people aren’t able to make it to the fundraiser, but still want to donate.”

Meanwhile, efforts are already underway to organize another fundraiser in April, this one being specific to the local food bank.

“Between now and then, the important thing is getting the word out about the food bank,” Davidsen said. “People need to know we have a food bank and how there is always a need for food donations, monetary donations, as well as volunteers. Also, people in need of accessing such a service also need to know it’s out there.”

One way Davidsen hopes to promote the food bank, as well as Outreach Ministries’ efforts in general is through the development of two new websites, as well as a mobile app. While the sites have yet to launch, Davidsen has secured two web addresses – www.mlom.ca and www.mlfoodbank.ca – and she expects the sites to become live sooner rather than later.

“Our new websites will be open for online giving,” Davidsen said during her speech Friday night. “The app will also help our fundraising efforts and allow people to donate. For example, right now we have no winter gloves for men. With the app, we will be able to announce to everyone who is connected we need winter gloves for men, or we need pasta and rice at the food bank. Whatever we need, you guys will have the information at your fingertips and be able to donate if possible.”

Davidsen also talked about a new system in place that allows the Door of Hope to track every person who accesses the food bank.

In closing, Davidsen also commented on how impressed she continues to be by the level of support the local community gives to the organization.

“We had a lot of people come out to help make this happen,” she said. “It was nice to see some new faces in attendance this year and to be able to make new connections. It’s really neat to see how some of those connections can come into play.”