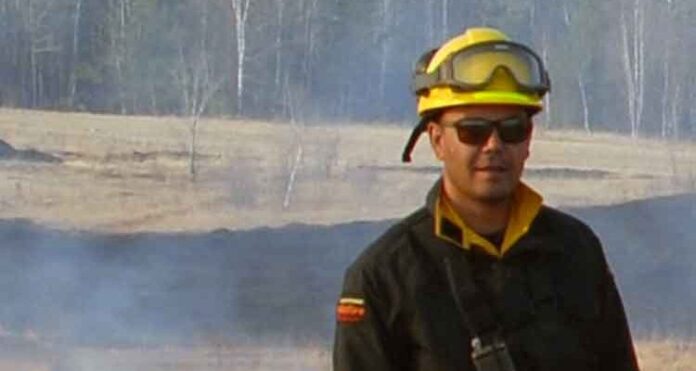 Ray, a former Green Lake councillor and currently the village’s emergency measures officer, was recently one of 21 firefighters from Canada and only two from Saskatchewan selected to travel to New South Wales, Australia to help battle a major wildfire that has destroyed large areas of both New South Wales and Queensland.

“The selection process was completed through our agency at home – the Saskatchewan Public Safety Agency – in conjunction with the Canadian Interagency Firefighting Centre in Winnipeg,” Ray told Northern Pride when contacted in Australia. “The Canadian Interagency Firefighting Centre makes the call to the SPSA, requests for certain positions and the selection is then completed through the SPSA director and managers. I was asked to fill the position of type 1 operations chief and accepted the task.”

Ray left for Australia Dec. 3 and isn’t slated to return home until Jan. 9. It has been a severe and early fire season in eastern Australia, leading to fatalities and much property damage. As of early this week, there were almost 90 fires burning across New South Wales with 39 of those out of control.

“I was excited when the call came through, but a little worried about my family being home for the holidays without me,” Ray said. “After speaking with my wife and three boys, they were happy I had the opportunity to help our counterparts in a different part of the world during their time of need. The firefighting world is small and my family understands, when calls come in for assistance, we’re going to help.”

Ray’s wife, Trudy, said she has nothing but the utmost pride in her husband for accepting such an important responsibility.

“He’s making us all proud being over there helping others and I fully support him,” Trudy Ray remarked. “This opportunity also sets a good example for our children in terms of striving to help others in need. As for him not being home for Christmas, thank goodness for technology. He has access to WiFi, so we’ll be able to communicate with him for a little bit over Christmas. Being able to stay in touch with him while he is away makes any lonesome feelings less overwhelming.”

“It says a lot about him and also about the community he comes from,” Rasmussen, who is also Ray’s cousin, said. “We can all take a little pride in what he is doing.”

“Phane has worked with Wildfire Management for many years and is very knowledgeable when it comes to fire behaviour,” Richardson said. “He is no doubt a valuable addition to Canada’s efforts to assist the Aussies.”

Ray, meanwhile, went on to say his experience fighting fires in Australia thus far has been somewhat difficult to define.

“Overall it isn’t great because, obviously, that area in particular is having a hard time,” he said. “I’m just honoured to be able to assist the country of Australia and its people. It’s also an honour to represent Canada, the province, the SPSA and my home community of Green Lake.”

This is the first time Canadian firefighters have been deployed to Australia under the Exchange of Wildland Fire Management Resources agreement. Since 2015, Canada has called on Australian firefighters on four different occasions.