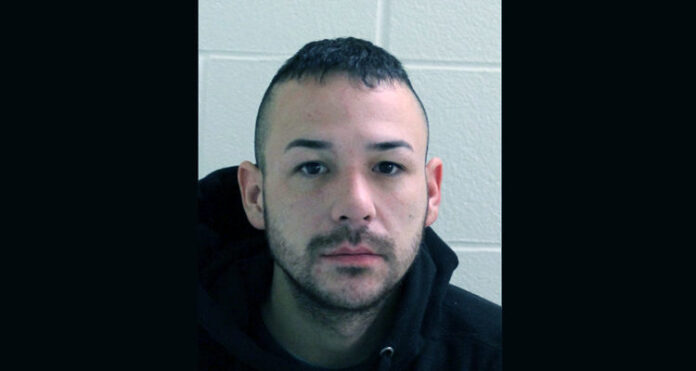 Meadow Lake RCMP is asking the public for their assistance in locating two suspects who fled from police Jan. 4. On that day, at approximately 4:40 p.m., police responded to the report of a stolen white pick-up truck having been spotted leaving Meadow Lake on Highway 4. The stolen truck was described as a white Dodge flat-deck pick-up truck with a picker.

Meadow Lake RCMP found the truck parked on the side of the eastbound lane of Highway 304 with a trailer attached to it. As police approached the vehicle, two men who were behind the truck ran to the vehicle, entered the truck and quickly drove away, heading east on Highway 304. As the two men fled, they committed a series of dangerous driving acts in the streets and fields of the Meadow Lake area.

Through police investigation, the white truck was recovered. However, the two men remain at large. One of the two men has been identified as 30-year-old Joshua Albin Lecky-Harper. He is currently wanted on a warrant for the following charges: dangerous operation of a motor vehicle; break and enter of a residence; theft of a motor vehicle; two counts of failing to stop after an accident; possession or property obtained by crime over $5,000; flight from police and mischief under $5,000.

Meadow Lake RCMP is also asking the public to help identify the owner of the trailer the two men used. It is believed to have been stolen in the afternoon of Jan. 4 in the Meadow Lake area. The stolen trailer is a 2017 20-foot flatbed tandem trailer.

Anyone with information regarding the whereabouts of Joshua Albin Lecky-Harper, the man he was with in the white truck, or the ownership of the stolen trailer is asked to please contact Meadow Lake RCMP at 306-236-2570 or Saskatchewan RCMP at 310-RCMP. Information can also be submitted anonymously by contacting Saskatchewan Crime Stoppers at 1-800-222-8447 or www.saskcrimestoppers.com.