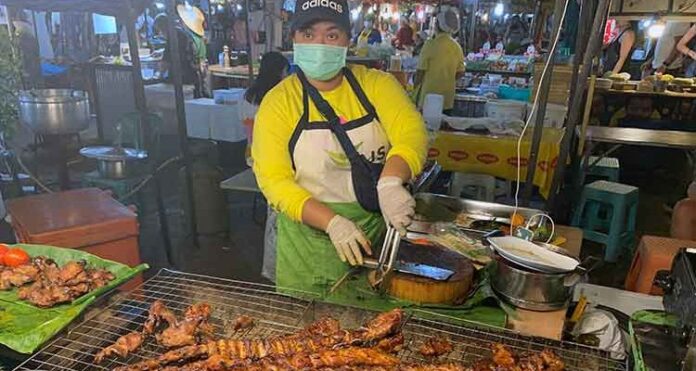 Although there have yet to be any confirmed cases of coronavirus in Saskatchewan, the illness and its growing severity in Southeast Asia recently resulted in a change of travel plans for a Meadow Lake couple.

Terry and Joanne Dallyn still had a month remaining on their trip to various Southeast Asian countries when they decided to cut their vacation short after the World Health Organization declared a public health emergency of international concern over the global outbreak of novel coronavirus.

“Joanne and I flew over to Singapore Jan. 8, stayed there a week and then went on to Malaysia,” Terry Dallyn told Northern Pride. “While we were in Malaysia, more information about coronavirus started to come out.”

The Dallyns then moved on to Thailand where, much like the other countries they visited, they toured around and took in as much of the local culture as they could.

“This, of course, required us to be around a lot of people – on ferries, on buses and so on – and, yes, some of these people did exhibit flu-like symptoms,” Dallyn continued. “As coronavirus started to advance, we saw more and more people in the various countries we visited wearing masks – especially at the airports and even on flights. The Korean, Japanese and Chinese take their health safety way more serious than we in North America do. They wear their masks all the time while out in public – even without the threat present today. Kids wear them to school, adults wear them to work and it’s especially evident in airports. In the airports in Tokyo, Seoul and Phuket, nearly 100 per cent of the employees and passengers wore masks and many also wore latex gloves. When we were in Thailand, there were no masks available, though, because they had sold out.”

The recent coronavirus outbreak originated in Wuhan, China and Dallyn described the Chinese population as being very transient.

Dallyn went on to say he and his wife naturally had concerns, but kept monitoring the situation through World Health Organization communiqués.

“By late January to early February, once the World Health Organization deemed coronavirus to be a global concern, we knew there would be a lot more restrictions on us as travellers, so we started to look for flights out of Southeast Asia,” he noted.

Dallyn said this wasn’t easy, however, as most flights leaving Southeast Asia go through China.

“We had about a month to go on our trip before plans changed,” Dallyn explained. “We were going to head to Indonesia next and then back to Singapore. As it turned out, we were only able to get one leg of our trip completed. This was something we’d planned for quite a while – probably for about six months – and we kept ourselves busy by doing a lot at each location.”

Dallyn said he’s disappointed they could not finish the vacation as planned, but the couple is also relieved to have returned home safely.

“You play the cards dealt to you,” he said. “When planning our trip we had no concept something like this would happen. We don’t have any other trips in the works right now, but – whether it’s next year or the year after – we will be going back to Southeast Asia again. We love to travel because, when we do, we learn so much. We love putting ourselves into these different cultures, learning, seeing and knowing how things operate. You can read about it all you want, but until you go there and experience it for yourself, you don’t know what it’s truly like. We will continue to do that.”