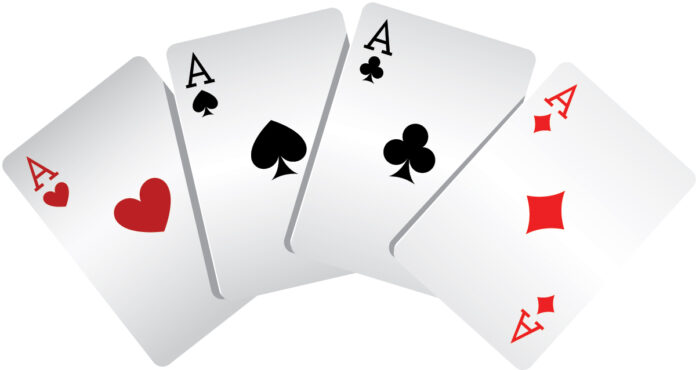 The chase is over.

A winner had to be determined last Thursday (March 26) during what was the final day of St. Pascal School in Green Lake’s weekly Chase the Ace fundraiser. And, after the names of numerous hopefuls were drawn, Veralyn Kien of Lloydminster selected the Ace of Spades and found herself more than $50,000 richer.

“My niece, Brittany Macnab of Meadow Lake, actually bought me the tickets,” Kien told Northern Pride. “She is a very selfless person who is always thinking about everybody else before herself. She has had a rough year with her grad trip to Mexico been cancelled, her convocation from the SUNTEP teaching program at the U of S being cancelled, and she was also chosen to go to New Zealand on a teaching exchange, but that too was cancelled. It was disheartening to see her missing out on all the things she worked hard for. At the same time I have a cat that got really sick, so I had been teasing Brittany all day we had to win because I had an outrageous vet bill. When they (St. Pascal School) called me from Green Lake, I honestly thought it was Brittany playing a joke on me.”

Kien went on to say she plans to give half of her winnings to Macnab who decided to buy some Chase the Ace tickets for her aunt as a way of giving back.

“She usually puts a couple tickets in my name for the Onion Lake Chase the Ace, so I thought I would return the favour,” Macnab said. “At the end of the day, we want to see our kin – our family – succeed and it just so happens she has decided to give me a portion of the prize. I graduate from SUNTEP with a four-year education degree this year, so I have some debt on my credit card I would like to pay off. Then I will look at investing in a reliable vehicle.”

St. Pascal’s Chase the Ace draw served as a fundraiser to help the school purchase and install new playground equipment.

“About a year-and-a-half ago, our playground was decommissioned,” explained St. Pascal principal Jordan Kolbeck. “We had to think of a creative way to raise money for a new one. A Chase the Ace fundraiser seemed like something that wouldn’t take a lot of work, but which also had the potential of being very successful. I thought, if we were lucky, we could raise $10,000 to $15,000, but, when it was all said and done, we raised close to $84,000.”

Kolbeck also said the school received a lot of community support from businesses and private donors.

“It’s been awesome,” he said. “Everyone really came together and we are pretty much good to go now. Once this COVID-19 situation corrects itself, we’ll be able to put out a call for tenders and, hopefully, when the kids come back to school in September they will come back to a brand new playground.”

Macnab, meanwhile, said she is happy to know the school will be getting a new playground.

“I’ve seen the equipment in Green Lake and the kids need and deserve better,” she said. “I’m thankful and grateful this turned out the way it did.”