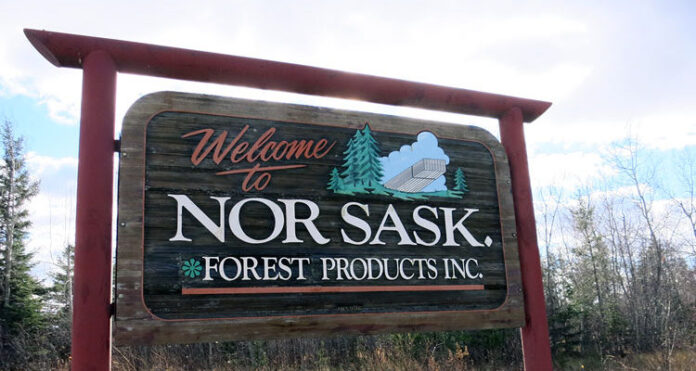 The ongoing COVID-19 pandemic has left many Canadians – including those in Saskatchewan’s North – wondering how they’ll be able to financially make ends meet.

One example is Meadow Lake area resident Melvin Alkestrup who recently found himself out of work because of cutbacks made at NorSask Forest Products to address the coronavirus crisis.

“I’ve been laid off,” Alkestrup confirmed. “For us, it’s especially tough. My girlfriend, Hailey Hebert, and I have a baby on the way, and, because of that, getting laid off definitely puts a damper on things more than it normally would. We’re basically living paycheque to paycheque as it is, so this will make things more difficult when it comes to having enough money to cover all the bills.”

Hebert is a stay-at-home mom, while the couple’s new baby is expected April 26.

“Things are going to be a little tough for everyone when it comes to groceries and bills and so on, but hopefully this will all be over soon,” Hebert said.

At the end of March, NorSask temporarily transitioned into single-shift production because of the impact COVID-19 has had on U.S. lumber markets. As a result, NorSask has lost close to 50 per cent of its total sales and the transition has resulted in 42 layoffs at the local sawmill. Alkestrup worked at NorSask for about a year-and-a-half prior to his layoff, but, at the same time, he understands where the mill was coming from when it decided to let him and the others go.

“There’s no doubt they had to lay some people off, especially with the demand for wood products being short these days,” he said. “It’s totally understandable they would have to reduce some people, but I’ve been told there is definitely an opportunity for me to come back when all of this is over.”

In the meantime, Alkestrup is attempting to hold off on applying for new government supports to help Canadians during the crisis.

“I know there are supports being made available, but, for now, I’m going to try to make things a go as is, even if the bills are tight,” he said. “I don’t want to have to pay back any loans later on or find myself in even more debt because of this. The price of groceries, pretty much everything, is not as cheap as it was as recently as five or six years ago. Everything is going up and, just when you think you’re getting ahead, you just can’t anymore.”
Hebert, however, remains optimistic.

“We live on an acreage so, when it comes to food, if all else fails we can always go hunting,” she said.

NorSask isn’t the only local business feeling the impact of COVID-19. While essential services such as grocery stores and pharmacies remain open, many others have had no choice but to close their doors either to the public or altogether. This has served as a major blow to the small business community, and left many people temporarily out of work and worried about what their next move might be. However, according to the president of the Meadow Lake a Chamber of Commerce, there is hope for businesses.

“There are government supports that have been announced which will be very essential to keeping small businesses alive,” Evan Haubrich said. “At the same time, I also see a lot of small businesses that have had to close their doors to the public becoming very creative. A number of them are still keeping busy, and that’s a good thing.”