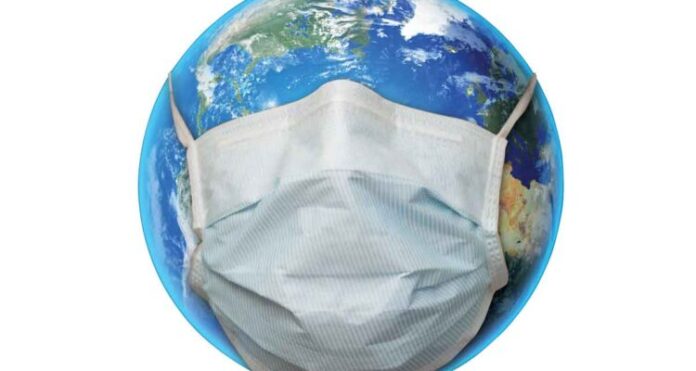 “It’s safer here than anywhere else.”

That’s what Meadow Lake area resident Marlene Millar had to say about a recent decision she and her husband, George, made with regard to having two young men from Germany stay at their ranch instead of putting their health, and possibly the health of others, at risk by returning to their home country.

“Right now there are thousands of foreign students in Canada who, fortunately, have been able to stay a little longer at the places they had been working, which is good because there are a number of them who just can’t go home right now because of the COVID-19 pandemic,” Millar explained.

For close to a decade now, the Millars have welcomed international visitors through Workaway, an organization that provides cultural and learning opportunities for young workers from around the world. Their newest guests, Moritz and Marlon (last names withheld) of Germany, arrived Monday (April 6), but Millar said she was apprehensive about bringing them into her home at first because of the current coronavirus situation.

“There are some people like us who now are no longer having students stay with them at all because they don’t want to take any chances,” she said. “In fact, we’ve probably turned down about eight students since the pandemic began. One student in particular is currently in Vancouver, but we can’t have her here because, in order to get here, she would need to take public transportation.”

Moritz and Marlon, meanwhile, have been in Canada since last August and, until recent COVID-19-related closures, worked at a ski lodge near Calgary before their arrival in the Meadow Lake area. Millar, however, said they already had access to their own transportation and, before coming here, self-isolated for two weeks.

“Because they didn’t have to use public transportation, I relented,” Millar said. “The fact they had self-isolated was also another plus for us. They will now be self-isolating here for another two weeks, and I am self-isolating as well. George is the only one allowed to leave the house.”

Millar went on to say she is concerned for students who can’t go home and another reason why she and her husband chose to welcome the German duo had a lot to do with her experience as a grandmother.

“Although our grandchildren are not in a similar situation, we thought what it would be like for them if they were in another country and if it was no longer safe for them to travel home,” she said. “This is sort of our way of paying it forward because, if things were reversed, we would want someone to take our grandchildren under their wing.”

According to a statement on Workaway’s official website, stories the organization has received about international students still being welcomed by host families have been overwhelming.

“While a lot of personal or travel plans have been cancelled or disrupted, there are still many workawayers who are struggling to find a place to call home, looking for hosts locally or making future travel plans,” the statement reads. “With schools closed across Europe and many other parts of the world, we also heard many families have welcomed workawayers into their homes to help spend time with them. Whether it’s simply by helping to stock up and get supplies, or just being there as a friend to chat to, this is where a small act of kindness can make a big difference.”

Millar went on to reiterate how it’s safer for the two German men to stay at her ranch than to attempt a trip home at this time.

“Canada has reacted very quickly, especially here in Saskatchewan,” she said. “We’re not going to escape COVID-19 by any means because the virus is so strong, but it’s important we all stay home and we self-isolate.”